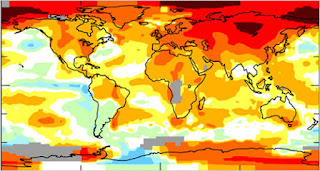 DATELINE: PLANET EARTH -- As the Paris climate talks, dubbed COP21, heat up in the coming days and weeks, it's worth taking a moment to look back at a made-for-TV drama about climate change and global warming that aired on CBS in 1993.

Titled "The Fire Next Time," the two-part movie aired on American airwaves over 20 years ago, and for the most part was little-watched -- and has been mostly forgotten by climate activists in Hollywood and elsewhere.

Posted by DANIELBLOOM at 8:17 PM