How to communicate #CliFi risks and fears? Are we doomed ? YOU DECIDE reading Nieman OpEd

How to communicate #CliFi risks and fears? Are we doomed ? U DECIDE reading Nieman OpEd RT Link: http://pcillu101.blogspot.tw/2015/11/how-to-communicate-cli-fi-risks-and.html

Climate change is depressing and horrible. Is there a way to make people read about it?


“A lot of coverage goes straight for the ‘we are 100 percent doomed’ jugular.”
By Laura Hazard Owen @laurahazardowen Nov. 2, 2015, 12:03 p.m.
180
139
Nothing causes me to turn a page or click to another tab faster than an article about climate change. It’s not that I don’t care that our world is heating up and that my great-great-great-great-great-x-30 grand-daughters some 30 generations from now probably won’t experience the cool summer nights and snowy winter days that I did. I care a lot!

But the issue seems so politically fraught and hard to tackle that, after reading one of these articles, all I feel is anxiety and despair because I am not mentally or emotionally strong enough to face the reality we as humans are facing.

Robinson Meyer, an associate editor at The Atlantic and the founder of the climate change newsletter Not Doomed Yet, which launched in September, understands how I feel, because he used to feel the same way. And he insists his newsletter is for readers like me.

“A lot of climate change coverage…well, people aren’t wrong to react to it super-anxiously,” Meyer told me. “When I started thinking about coverage from the meta angle, and when my editors and I started thinking about The Atlantic’s role in covering it, I saw that a lot of coverage goes straight for the ‘we are 100 percent doomed’ jugular.’ It imagines worst-case scenarios, it assumes that everything that can go wrong will, and I think it also does a poor job of putting things into time/scale context.” 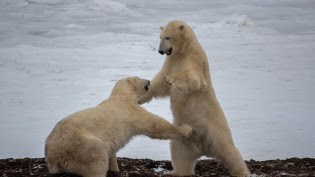 RELATED ARTICLE
What’s next for the team behind Syria Deeply? Arctic Deeply
And yes, he said: “The vein in a lot of mainstream climate coverage is to intone anxiety and dread as intensely as possible. That didn’t seem like it was effective, and it didn’t seem like it was effective for building a reading public that was interested in and worried about this topic — but maybe wasn’t going to stick around if someone told them, yes, not only should you be worried about it, but you should be incredibly worried about it.”
To be fair to some of that we-are-doomed journalism, climate change is an immensely difficult beat to cover. It’s abstract — yet it messes with people’s minds. Survivors of natural disasters, according to a recent report in The Lancet, suffer “a distressing sense of loss, known as solastalgia, that people experience when their land is damaged and they lose amenity and opportunity.”
“What ‘used to be’ is painful to remember,” Zadie Smith wrote in the New York Review of Books last year, in an elegy to the four seasons.
On a more mundane level: Climate change doesn’t follow a news cycle. And the standard article format doesn’t work very well for it. 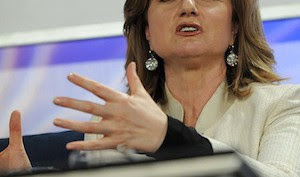 RELATED ARTICLE
Why the Huffington Post doesn’t equivocate on issues like global warming
When it comes to covering many other issues, Meyer noted, “there are short daily posts about events, and then big features that explain ongoing trends or especially noteworthy happenings. But climate is a story that happens on a scale much larger than any election cycle or cultural conversation, and it really consists of trends that are going to continue until something else happens to take their place.”
The United States, for instance, has begun to try to regulate dirty coal plants out of existence, but “that’s going to take decades.” And the cost of renewable energy sources is falling fast, but that too is a trend that happens over time, and “covering it with a single knockout feature” isn’t really helpful for readers coming to an issue later.
So it seemed as if a newsletter might be a good way to cover the issue. (Here are some recent issues.) “You can get a continuity of storyline,” Meyer said. “You can’t cover all of everything that’s happening every week in the climate, but you can watch certain parts develop, and hopefully bring people in over time.” He leads off the “Macro Trends” section of each issue with the molecules per million of carbon dioxide in the atmosphere:

“What we’re doing now won’t show up in that number for a decade or so,” he said. “But by reminding myself of it every week, and thinking about its contours and its direction, that’s a way to stay focused on what matters.”
While Not Doomed Yet exists as a standalone newsletter, it also runs in full on The Atlantic’s site each week. “I think of it as a project that I thought of, and I’ve definitely worked on it in my free time as well,” Meyer said. “But it’s something that I, right now, am doing for The Atlantic. It’s a part of my job, like a Facebook page or Twitter page.”
The newsletter’s email subscribers are “in the four digits,” with subscribers so far split between readers of The Atlantic’s tech coverage and people who are involved with climate issues at, for instance, nonprofits.
Ultimately, Meyer said, the newsletter comes out of the idea that “if you’re worried about something, you should pay regular attention to it.”
“By paying attention to it over time, and watching its texture change over time, you will come to have ideas about it,” he said. “You will come to understand it in a new way, and you will contribute in a very small way to how society addresses this big problem.”
Posted by DANIELBLOOM at 5:19 PM