Is it time to wake up to climate change reality with 'cli-fi' movies? YES! 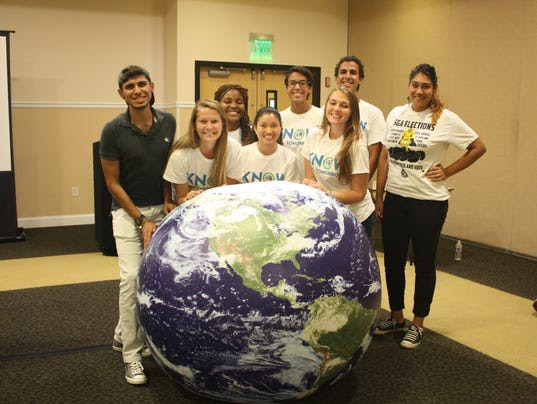 Members from the Climate Reality Project at UCF smile as they stand with a giant globe.(Photo: Allison Miehl, Central Florida Future)
In 2004, Hollywood released one of the first catastrophic cli-fi movies regarding climate change in our recent lifetime.

The Day After Tomorrow -- a cli fi movie if there ever was one! -- follows the quest of a climatologist who, after being ignored by the United Nations regarding the threat of the world’s changing temperatures, must set out to rescue his son in what’s become a frozen tundra, formerly known as the northeast United States.

The movie cashed in at nearly $187 million — I vividly remember the hype, and it was real. At the time, there had not been such a radical and extreme portrayal of the catastrophic events that could result from Earth’s changing climate, and it was ''cli-fi.'' Meaning audiences could rush to theaters, buy their 32-ounce plastic cups of Coke and extra-large bags of popcorn, and relish in the disastrous portrayal, knowing that it would not be a realistic threat facing our home for many decades to come. 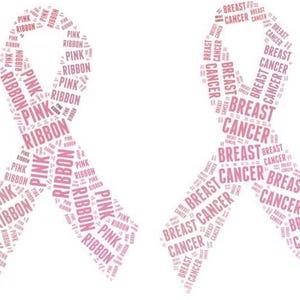 This past weekend, the National Weather Center tracked the world’s strongest hurricane ever recorded, Patricia, as it threatened to hit Mexico’s coast with winds increasing by 120 mph in 24 hours. Thankfully, the Category 5 hurricane did not claim nearly as many lives nor cause as much damage as predicted.
However, rather than viewing the miracle as a lucky break, the scientific community is urging people to view the event as a clear reminder of the threat that is brewing in our ocean’s warmer waters.
As it stands, Florida is one of the most high-risk areas in all of the United States to the negative impacts of climate change, including sea level rise and stronger hurricanes developing in the Atlantic.
However, according to an article by the Florida Center for Investigative Reporting, the term “climate change,” along with “sustainability” and “global warming,” has been banned by Gov. Rick Scott’s administration from being used in any official context within the Florida Department of Environmental Protection. 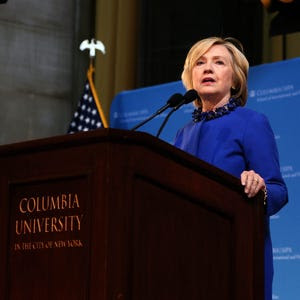 While his office has denied that the governor has ever pushed such initiative, it is common knowledge that he has publicly admitted that he is not convinced that climate change is really being caused by human activity, making the enactment of adequate responsive policies somewhat difficult.
I’m not suggesting that scenes from Day After Tomorrow will become an actual reality in our country anytime (relatively) soon. However, it is infuriating to see the masses continue to buy tickets to cli-fi movies such as San Andreas, which came out earlier this year and also addressed natural disasters caused by climate change, and take it as mere entertainment, blissfully ignoring the striking similarities between what has been presented to us as a work of fiction in a distant era and the reality of our changing world.
If we’re ever going to make a difference, we must stop letting our government and our entertainment media continue to tell us that climate change is nothing but hype.
-----
Daniela Marin is the Entertainment Editor for the Central Florida Future. Email her at DanielaM@CentralFloridaFuture.com
Posted by DANIELBLOOM at 11:03 PM