Grove Atlantic‏ @groveatlantic 7小時7 小時前
What is Cli-Fi? @bookriot offers a Beginner's Guide to Climate Fiction http://bit.ly/2J2gnrh  And among the best books in the genre? @olivia_clare_ 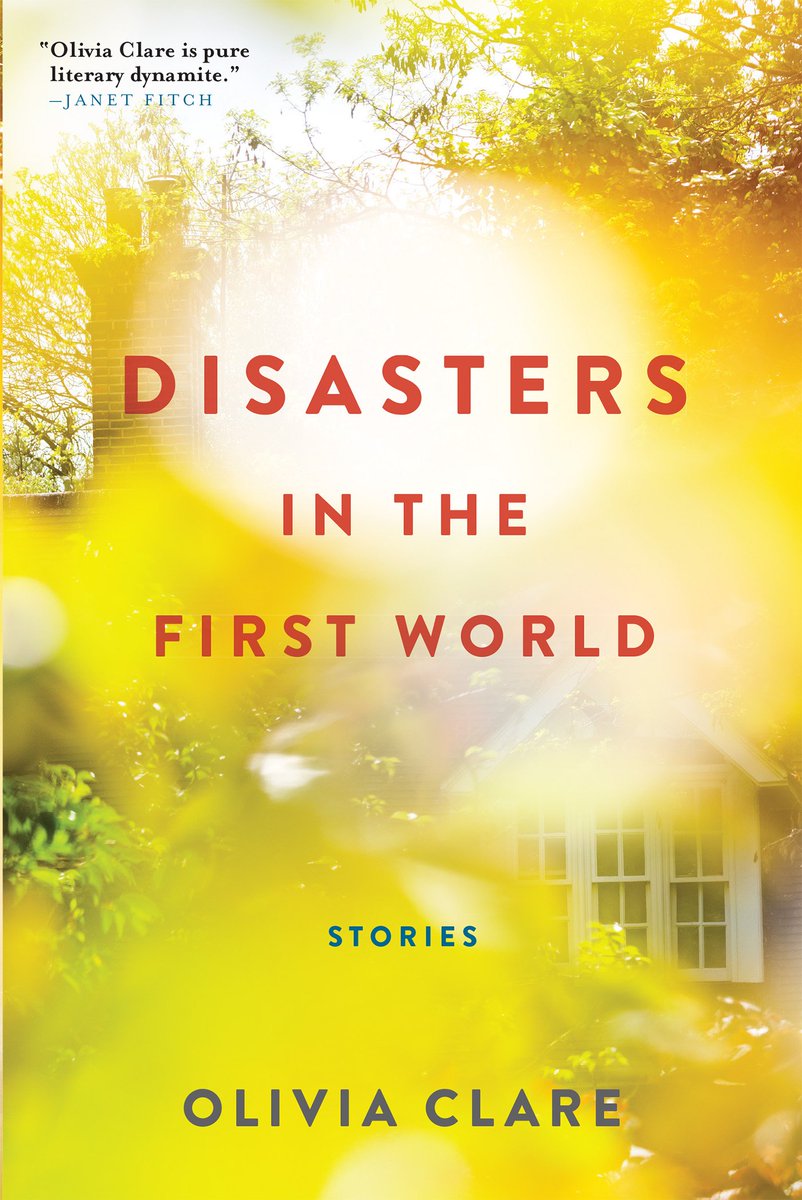 responds to me online "You have

been blocked from Tor user

So Orwellian nonsense it is!

Appeal to SCifi Tor Books to stop kowtowing to Red China Orwellian nonsense
As readers who follow the news know, last month China sent a threatening letter to a large number of international airlines demanding that they change the country code for Taiwan (TW) on their schedules to China (CN), as dictated by Beijing’s “one China” principle.
However, standing up for Taiwan’s international space and presence, on May 5 US President Donald Trump’s administration issued a statement condemning China’s science fictional “demand” as “Orwellian nonsense” through which China was trying to impose its own political claims on private companies around the world.
It’s like the British novels Nighteen Eighty-four and Animal Farm have come to life in 2018.
Believe it or not, a major sci-fi publishing company in New York, the most prestigious science fiction publisher in the world, Tor Books, whose editors know all about the Nighteen Eighty-four and Animal Farm, also kowtows to Beijing’s “one China” nonsense by asking Taiwanese sci-fi fans who want to sign up at the Tor Web site (tor.com/register) to list their country on the site’s drop-down menu as either “China” or “Taiwan, province of China.”
Yes, the world-famous sci-fi Web site run by Tor Books does not allow Taiwanese sci-fi fans to list their country as “Taiwan.”
Yet as readers know, Taiwan is a free and independent democracy, which abides by international law and has never been a part of the People’s Republic of China (PRC). The Chinese claim that Taiwan is part of the PRC is a silly nationalistic sci-fi illusion, with no basis in international law.
By forcing Taiwanese sci-fi fans to register on the Web site as being from either “China” or “Taiwan, province of China,” Tor’s editors and Web site managers are showing a terrible and naive bias to Taiwanese fans.
Tor’s editors are probably not even aware of this oversight on their registration form, thus this letter, and hopefully a change in the Web site’s current Orwellian nonsense.
I hope that Tor Books, once its editors read this letter, will do the right thing and stand up for Taiwan on its online registration form and show science fiction fans around the world that US sci-fi Web sites do not kowtow to China.
Signed, George Orwell
Taipei

This story has been viewed 1280 times.

Posted by DANIELBLOOM at 8:52 PM No comments:

It's called cli-fi and it might be another way to help save the planet, says Amy Brady at Ozy.com -- [Four cli-fi novels worth exploring]

WHY YOU SHOULD CARE

It’s called cli-fi and it might be another way to help save the planet.
cli-fi.net
Amy Brady writes: Scientists have been trying to warn us about climate change’s most devastating effects for decades. Now fiction writers are helping their cause, crafting stories that help readers imagine glacier melt, sea level rise and other climate-related scenarios.
It's called cli-fi and it might be another way to help save the planet, says Amy Brady at Ozy.com -- [Four cli-fi novels worth exploring]
Often called climate fiction, or cli-fi, the genre “helps writers overcome some of the most profound communication challenges” that the phenomenon presents, says Elizabeth Rush, visiting lecturer at Brown University. Why? Because climate change is “slow-moving and intensely place-based,” it can be difficult to notice in our day-to-day lives, she explains — and with climate fiction, “you can do just that. You can imagine being a person whom flood ordrought displaces, and with that imaginative stance can come radical empathy.”
Check out these thought-provoking cli-fi reads from around the world about:  1, a futuristic Finland where water is scarce, 2, a German scientist distraught over disappearing glaciers, 3. a UK teenager living in a carbon-rationed England and 4. a climate-conscious biologist exploring a string of islands off the coast of India.

MEMORY OF WATER BY EMMI ITÄRANTA

Set in the near future in Scandinavia, this novel, Itäranta’s first, is speculative fiction at its best. Climate change has ravaged the planet, and in its wake, China has come to rule Europe, and wars are waged over precious resources like water. Amid all this, 17-year-old Noria Kaitio strives to be a “tea master” like her father and, in doing so, has learned of a secret water source. When her father dies, the national army begins watching her closely, and she must decide whether to keep her secret and risk her safety or tell it and risk betraying those closest to her. The novel is even more remarkable because Itäranta wrote two versions, one in Finnish and one in English, simultaneously.

THE LAMENTATIONS OF ZENO BY ILIJA TROJANOW; ABLY TRANSLATED BY PHILIP BOEHM

This literary work of cli-fi  from Bulgarian-German writer Trojanow was written in a modernist style that captures the fragmented thoughts of the protagonist, Zeno Hintermeier, in streams of consciousness. The original title in German was ''EISTAU'', ('Melting Ice'). Greatly disturbed by the world’s rapidly declining glaciers, Hintermeier, a German scientist, embarks on a plan to convince the world to pay more attention to how humanity is destroying the planet. This plan comes at a time of personal trouble for Zeno: Just as his marriage is falling apart, he’s questioning how to keep his work relevant in a world that seems completely oblivious to global warming. The comic-tragic book is often despairing, but even its saddest parts are rendered in lovely, lyrical prose.

THE CARBON DIARIES 2015 BY SACI LLOYD

Written in 2012, this young adult novel imagines an England in 2015 so deeply damaged by climate change that carbon rationing has begun. It stars 16-year-old Laura, who spends her days going to school and playing in a punk band. But her anxiety is growing over her parents’ pending divorce and an approaching hurricane that scientists predict will be the strongest ever to hit England. The novel is structured as the diary she keeps to make sense of her world as it grows more chaotic. Such a structure might turn some adults off, but Lloyd’s keen attention paid to real human emotion — in teenagers and adults — makes the book relatable for almost anyone.

THE HUNGRY TIDE BY AMITAV GHOSH

Written by the American (Brooklyn-based) author of The Great Derangement, a work of nonfiction that addressed the world’s need for more cli-fi novels, this ambitious  cli-fi novel combines lyricism with fast-paced action. Set on an archipelago of tiny islands located just off the coast of India, the novel follows Piya Roy, an American marine biologist of Indian descent, who’s thrown from a boat into water teeming with crocodiles. She’s saved by a local fisherman, with whom she learns to engage with the help of a translator. As the trio ventures deeper into the islands’ wilderness, they learn not only of the dangers of the encroaching tide — but also of the political turmoil that wreaks havoc on the islands’ people and land.
Posted by DANIELBLOOM at 8:52 PM No comments: