As COP21 approaches, 'Millenials' feel the coming Climapocalypse most acutely: a profile of Robinson Meyer 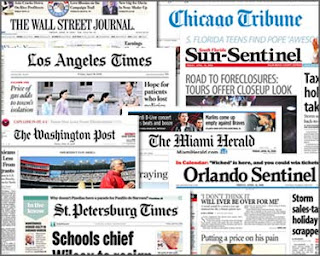 webspotted by The Cli-fi Report

Robinson Meyer writes the "Not Doomed Yet" weekly ''global warning'' newsletter about pressing climate issues for the Atlantic magazine's science website, and he brings to his work a sense of urgency and compassion for future generations. His own generation, too. A 2013 graduate of Northwestern University, and based in Washington D.C. now,  Meyer writes as if humankind is running out of time.
Maybe we are.
But if nothing else, Meyer is a die-hard optimist, and while he is only in his early 20s with a long pundit future ahead of him, he knows that his generation -- and all those generations that will follow -- is headed to uncharted territory and uncertain times, and he's not afraid to say so in his "NOT DOOMED YET" communications.

He's an optimist, Class of 2013, but he's also a realist and he knows deep down which way the wind is blowing. Having grown up in the New Jersey and Chicago, he's seen a thing or two in his own lifetime already.
He's definitely a Millenial climate-watcher worth watching.

His star is rising, and he's got friends on Twitter, lots of friends. In fact, former Atlantic editor Alexis Madrigal hired him for the Atlantic gig, fresh out of college, based on his Twitter reach and Twitter savvy. You can read Madrigal's account of the way he hired Meyer here.
http://www.theatlantic.com/technology/archive/2013/07/how-to-actually-get-a-job-on-twitter/278246/

On one of the social media platforms he uses, Meyer, whose father is Jewish and whose mother is Catholic, noted: "Walking to Yom Kippur services, I wound up being 40 feet from the Pope (visible inside the Fiat [car he was in] as a pale smudge). He waved and everything. Never have I been truer to my Jewish/Catholic roots."
http://websta.me/n/yayitsrob

Meeting POTUS, too.
And not just does he find himself close to the Pope. Earlier in the year, he found himself in a restaurant in Washington when who should pop in for a meeting with some young Millenials than President Obama himself.
Meyer was nursing a head cold at the time, but he was able to rise to the occasion and get some good pics and catch some of Obama's chat. Oh yes, he also got to shake hands with POTUS. You can read about it and see some photos here.


At the Atlantic site, Meyer introduced his NOT DOOMED YET newsletter last month with humor and enthusiasm, writing: "I have lost count of the number of people who have identified climate as “the political issue of the 21st century.” It ranks up there for me. Food, water, protection from the elements: It feels insufficient to say that climate touches everything, because it in fact permeates us. Physically, materially, existentially, the climate determines what it feels like to have a human body in this biosphere. And that means that every consideration of the future—of security personal, economic, and international—winds back to climate.''
''When I consider whether to have children, I think about climate change. When I consider where I want to live, I think about climate change. When I stand on the beach and play catch with my younger brothers and wonder what their young adulthood will be like, I think of refugees and resource wars—and, thus, climate change.''

''Even my current career, as a technology reporter, was inflected by the climate: When I first got into technology in the mid-2000s, I was partly drawn to it because I thought all that new wealth—and all that new expertise in handling data—might flow toward reducing greenhouse gas emissions. Climate change, a phenomenon without a mind, is engrained in every texture of my every ordinary day.
And I want to follow it better. So I’m starting this [newsletter, 'Not Doomed Yet']."

So if you want to get a free weekly newsletter in your email inbox, courtesty of Rob Meyer, @yayitsrob, just shoot him a note saying "Sign me up!" and he will.

POSTSCRIPT: This blog tried to reach Robinson Meyer to get a direct correct for this story, specifically about why he named his newsletter "NOT DOOMED YET", but so far our emails and tweets to him have gone unanswered, no doubt to his hectic and busy schedule in DC. But Rob, if you are reading this postscript, please do shoot me a reply by email or twitter. Just need one good quote from you. Got time? Dish!