Truman Capote's novella ''Handcarved Coffins'' (published in 1980, four years before he died ) was partly about water rights in the Midwest. 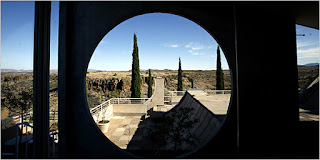 For academics reseraching the early themes of climate change and water rights issues in USA novels and short stories....


Long before cli-fi novels in recent years started talking about droughts and water rights -- Gold, Fame, Citrus -- The Water Knife -- Truman Capote's novella ''Handcarved Coffins'' (published in 1980, four years before he died ) was partly about water rights in the Midwest, although it was mostly a fiction/nonfictiont thriller about a string of grisly murders and based on a true news reports.

''Handcarved Coffins'' was originally published in the December 1979 issue of Andy Warhol's Interview magazine, in a column entitled, "Conversations with Capote."

Through a law enforcement officer he met while working in one unnamed state (most probably Kansas), Capote was introduced to Jake Pepper, a detective employed by the state bureau of investigation in another unnamed state. Pepper contacted Capote because he thought the case he was working on might be of interest. Three years later, Capote came to the town where Pepper was working, and learned details about one of the most bizarre strings of murders ever experienced in any small town anywhere.

Several local people received tiny handcarved coffins made of balsa wood. Inside, the erstwhile victim found a candid snapshot of him or herself that had been taken without their knowledge. Even though a few recipients showed their strange artifacts to others around town, including police officers, no one knew what they meant.

Nine months after showing his handcarved coffin to Jake Pepper, a farmer was beheaded by razor wire strung across the road at exactly the correct height, so that when he drove his homemade jeep with no windshield by a particular spot, pffffft. No head. A lawyer and his wife got in their car to go to work, and were attacked by nine rattlesnakes that had been given shots of adrenaline. Another couple burned to death in a fire, along with friends who were visiting for Christmas. The town coroner, a flinty, dried-up little man who kept a beautiful wife at home strung out on morphine, was poisoned with liquid nicotine.

The identity of the killer and his motivation for murdering such a disparate group of people by such bizarre methods are equally fascinating. While this is not Capote's finest work, it is an absorbing piece of American journalism. Written in a style that is part redaction, part stage direction, and part great-American-novelist-at-work, this is a story that the reader will never forget.

Truman Capote was born in New Orleans in 1925 and was raised in various parts of the south, his family spending winters in New Orleans and summers in Alabama and New Georgia. By the age of 14 he had already started writing short stories, some of which were published. He left school when he was 15 and subsequently worked for the New Yorker which provided his first - and last - regular job. Following his spell with the New Yorker, Capote spent two years on a Louisiana farm where he wrote Other Voices, Other Rooms (1948). He lived, at one time or another, in Greece, Italy, Africa and the West Indies, and travelled in Russia and Asia. He is the author of A Tree of Night and Other Stories (1949), The Grass Harp (1951), Breakfast at Tiffany's (1958), In Cold Blood (1965),  Music for Chameleons (1980) and Answered Prayers (1986). Capote died in August 1984.
Posted by DANIELBLOOM at 9:31 PM