NOTA BENE: This blog post has been automatically generated and may not be 100 percent accurate. 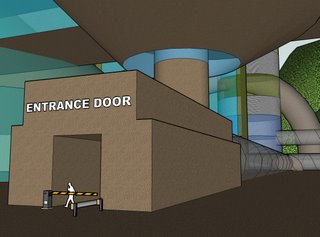 Novelist Kim StanleyRobinson (with a new climate-change-themed futuristitc novel set in 2140 A.D. and titled "New York 2140" (and set for a March 2017 publiction date from a major publisher) will speak on life on Earth after climate change during an appearance at Kepler's bookstore in Menlo Park on April 20.

Sci-fi writer Kim Stanley Robinson portrays in his upcoming novel "New York 2140" set in a near future Manhattan that is half-submerged by rising oean and where skycrapers serve as as self-reliant islands in the midst of it all,  often writes about an Earth transformed by environmental calamities -- and he's not shy to talk about it. On April 20, Earth Day, he will.

Award-winning SF writer Kim Stanley Robinson will share his ideas about his deep commitment to the here-and-now and the environmental concerns facing humanity this Earth Day 2016 and for the foreseeable future.


On April 20, Robinson will appear at Kepler's Books in Menlo Park.

According to Michael Berry, writing in a Palo Alto online newspaper, Robinson is 64 and lives in Davis, California. The author of 17 novels, including the acclaimed "Mars Trilogy" set on a terraformed Red Planet, KSR has written about the environmental challenges facing the southern-most continent in "Antarctica" and addressed global warming and its catastrophic effects on Washington, D.C., in the "Science in the Capital" trilogy, recently shortened and collected in one volume as "Green Earth."
San Francisco-based literary critic Berry notes that SF and literary fiction have taken a strong turns toward the apocalyptic lately, adding: "Some authors destroy civilization with zombies, vampires and deadly viruses, while others choose more realistic depictions of the consequences of drought, sea-level elevation and extreme weather."
"I think dystopia and utopia are two sides of the same literary impulse, and they should always be paired together," Robinson told Berry in an interview before the Earth Day bookstore event. "Utopias express our hopes, and dystopias express our fears."
Although siding with the utopians, Robinson told Berry he understands why dystopian fiction is popular now.
"It's kind of a fearful time, which is a rational response to the certainty of climate change coming down on us," he said. "Global average temperature figures for February were just astonishing. That was the only word scientists could use for it, because (the figures) had jumped so fast so far."
In the face of that kind of sudden, alarming change, Robinson said his "whole angle has been to ask, 'What will the utopian response be?' I more and more feel like I'm providing fantasy solutions. But since it is fiction, you get to do that. So I write down these positive scenarios and say, 'Gosh, I don't know whether this is likely or not, but let's make it look as likely as possible.' That's the literary trick of it."
Robinson told Berry that he often hears from worried readers, notiong that thanks to the "Science in the Capital" trilogy, "Every time there's a big storm in Washington, D.C. I get a ton of emails. 'Oh god, it's all happening!'").
Set aboard a spaceship that will take generations to reach its destination, his new SF novel, "Aurora," has received a wide variety of responses "including some really, really angry ones," KSR told Berry. "The book makes the case that humanity won't be saved by a mass exodus from Earth, that we had better save the one planet we've got, rather than try to settle in another solar system."
For science fiction readers heavily invested in the notion of interstellar travel, the idea that it might not be easy or even possible can be the equivalent of "taking their most favorite plastic toy and smashing it with a baseball bat repeatedly," Robinson added.
.
"I've seen reactions all over the map. But that's why I wrote the book in the first place. None of (the objections) are very convincing. I think the universe is on my side in this particular argument."
This story contains 1183 words.

Please purchase access
You have read 30 articles this month, the limit available at no charge.

Posted by DANIELBLOOM at 7:23 PM