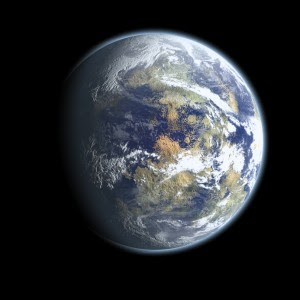 Last summer, feeling inspired by the Supreme Court’s decision in Obergefell, I posited that now is the time to launch novel lawsuits aimed at tackling climate change. A recent decision from the United States District Court for the District of Oregon suggests I might be right.
Our Children’s Trust is a group that’s been on the forefront of novel climate litigation for several years. The group’s mission is “to protect earth’s atmosphere and natural systems for present and future generations,” and it generally furthers that mission by “bringing legal action in courts, administrative agencies and local legislative bodies to enforce the Public Trust duty of government to protect natural resources, including the atmosphere.”


Given that mission and that approach, it’s no surprise that Our Children’s Trust has filed a lot of lawsuits. Of note for our purposes is this one, which pits a group of children, a nonprofit called Earth Guardians, and “future generations” through their Guardian Dr. James Hansen against the entire federal government, more or less (just read the caption!). Filed in the District of Oregon, the complaint argues that the federal government has abdicated its duty to protect children and future generations from the harms of climate change, and it accordingly asserts claims for violations of the plaintiffs’ substantive due process rights, equal protection rights, and unenumerated rights protected by the Ninth Amendment, as well as a violation of the public trust doctrine.
If you were defending the federal government against a complaint like this, what would you do? Easy, right? You’d move to dismiss — and you’d expect to win.
So here, that’s what the government did. But — surprise! — it didn’t win. (At least not yet.)
In his “Findings & Recommendation,” Magistrate Judge Thomas Coffin rejected several government arguments and recommended that the motion to dismiss be denied.
First up was standing. Judge Coffin wrote that the complaint “identifies numerous climatic, meteorologic, and political harms that the Earth and its inhabitants” — especially youth — “will suffer as a result of the government’s action and failure to act with respect to CO2 emissions.” And, he wrote, the complaint points out more particularized injuries the plaintiffs will suffer as well. The complaint likewise alleged a sufficient causal link between climate-related harm and both actions and inactions on the part of the federal government. And, Judge Coffin wrote, the court could redress that harm by ordering the government to do more to regulate carbon emissions.


(Recall that in last year’s post, I highlighted the Dutch case of Urgenda v. Netherlands as an example of a novel approach to climate litigation. I was pleased to see that Judge Coffin cited that case in support of his conclusion that climate-related harm is redressable.)
Having found that the plaintiffs had alleged facts sufficient to avoid dismissal on standing grounds, Judge Coffin turned to the political question doctrine. Noting that the case’s core questions were “issues of whether government action/inaction violates the Constitution” and observing that “these are issues committed to the courts rather than either of the political branches,” Judge Coffin had little trouble rejecting a dismissal on political-question grounds.
Finally, Judge Coffin considered whether the complaint states valid claims — and he found that it does. Pointing to allegations that “the government has… taken action… that creates massive CO2 emissions, and has failed to limit such emissions despite a duty to do so” and that the plaintiffs “are prevented any means of escape from the resulting climate that threatens their property, health, and even existence,” Judge Coffin found that discovery could easily reveal facts sufficient to meet the “conscience-shocking” test for a substantive due process violation. And, after a rather muddled discussion of some public-trust principles, Judge Coffin offered a rather muddy take on the public-trust claim, full of competing negatives and hedging words: “At this stage of the proceedings, the court cannot say that the public trust doctrine does not provide at least some substantive due process protections for some plaintiffs within the navigable water areas of Oregon.”
Sum it all up and you get this: a Federal Magistrate has considered the substance of a novel climate lawsuit and found it compelling enough to survive a motion to dismiss. Whether or not his “Findings & Recommendation” survive review by a judge — and then, perhaps, the Ninth Circuit — an inventive legal strategy has earned a victory and gained some traction, however slight. Who knows — this might just be the Baehr v. Lewin to the climate Obergefell that will be handed down someday.
Sam Wright is a dyed-in-the-wool, bleeding-heart public interest lawyer who has spent his career exclusively in nonprofits and government.
Posted by DANIELBLOOM at 10:45 PM