Chinese scientist has come to conclusion that industrial mining fossil energy (coal, petroleum, natural gas, oil shale, combustible ice, etc.) by the human being has destroyed the thermal insulating layer inside crust of the Earth, and excessive heat from inside of the Earth has come to the surface, which is the main cause of a warming globe. 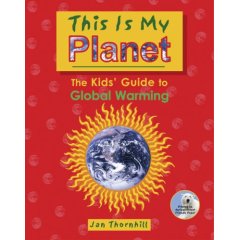 Friends, thought you might get a kick out of this. Could this be the theme of the next ''cli-fi'' film?


Dear Sir in the USA. I am writing to you from CHINA, i.e., Communist China, PRC, controlled by the brutal dictatorship of the out-dated yet oppressive Soviet-style Communist Party of China
I was delighted to read your blog about cli-fi movies and the topic is very inspiring to me.