THIS STORY HAS LEGS! -- The Florida newsman who coined the "atomic typo" term in 2002 is now an imam in South Florida 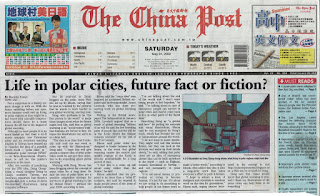 C.B. Hanif is the man, a former editorial page editor at the Palm Beach Post. He retired from newspapering and is now as a Muslim [who converted from his Methodist background as an African-American growing up in Baltimore]  serving as part of the
chaplaincy unit with an interfaith staff of 25 holy men and women.

He is also the Florida newspaper editor who in 2002 coined the term "atomic typos" for typos that spellcheck cannot see on computer platforms. See the Atomic Typo website here.


Hanif, 64 and a married father of 5, is no stranger to the Florida county. For 22 years, he worked as a news ombudsman and editorial writer for The Palm Beach Post. He left the Post in 2008 to become a freelance writer and an Imam.

Hanif, a member of the Delray Beach Interfaith Clergy Association, grew up in Baltimore as a Christian [Methodist] but said he felt drawn to Islam in the 1970s, following devotees such as celebrity boxer Muhammad Ali.


"I was attracted to the humanitarian aspects," he said, "the self respect and the concepts of cleaning ourselves up as a people. As human beings, we are all one."

By the late 1980s he was recognized by peers and in the Muslim community as an imam. Unlike priests and rabbis, imams do not have to be ordained.

"I don't promote myself as an imam as I do as a Muslim and a person of faith who shares spiritual faith with other people," Hanif said.

That's what led him to the Sheriff's Office, where chaplains respond to emergency situations to comfort victims and deputies who need someone to talk to.

Posted by DANIELBLOOM at 8:45 PM

You never know where Dan Bloom shows up.