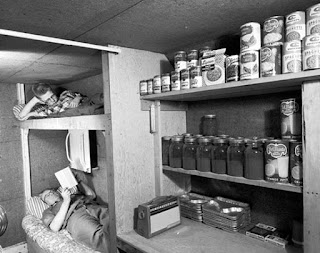 We were sleeping peacefully in nightly dreamscape on 5th floor of very solidly-built apartment building with 20 units on 8 floors when suddently....ALL HELL BROKE LOOSE! the walls, the ceiling, the windows, the floor, thrown out of bed, kitchen light was on so I could see the inside tree swayin and the walls moving this way and that, and the SOUND of the steel beams in the building swaying to and for like plastic straws in wind.

IT WAS TERRIBLE 90 seconds, HELL ON EARTH, the 50th quake I have experienced in Japan and Taiwan over past 25 years but THIS WAS THE WORST!

As you can see from news on BBC and CNN and Google, ten tall buildings collasped and pancaked in a nearby city to where i am, one ten-month old little girl killed in her building's collapse, so far only ten people dead. but many UNACCOUNTED for inside 20 collapsed buidlings. This is Mother Nature at her worst.... PREPARE!

Somone in NYC asked me how I am now, i repled ''SHAKEN, NOT STIRRED!''

It was worst night of my life.

THERE IS NO ESCAPE from Mother Nature's fury and it is unpredictable.

PREPARE in your mind, even f you are not really prepared!
Posted by DANIELBLOOM at 7:45 PM