TAKE THE COAL AND OIL OUT OF THE PICTURE NOW, OR THERE WON'T BE A PICTURE IN THE FUTURE AT ALL. 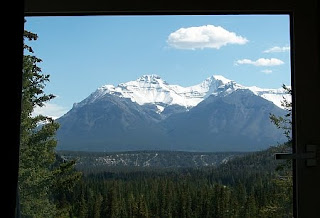 ** If you care about a future sustainable Earth, go to http://pcillu1010.blogspot.com and do what you can to
head off climate chaos in the coming centuries.


You don’t have to look far for proof that the USA must cut its dependence on fossil fuels and develop cleaner sources of energy.
It can be found in the oil-slicked Gulf of Mexico. It can be found in China’s aggressive efforts to win the global competition for green technologies and green jobs. And, most urgently, it can be found in the inexorable math of accumulating greenhouse gas emissions.
And where is the Senate? After a year of talking, utterly nowhere. Paralyzed by partisanship, hobbled by indifferent leadership, it is unable to muster a majority (much less a filibuster-proof 60 votes) for even a modest energy and climate bill.
Senators John Kerry and Joseph Lieberman presented a good but far from perfect bill on Wednesday that would at least point the country in the right direction. For the first time, it would set a price on carbon emissions that are now dumped without penalty into the atmosphere. A price signal is an essential prerequisite for reducing emissions and for shifting American industry to cleaner, less polluting sources of energy.
The measure would also invest widely in low-carbon technologies, renewable fuels, more efficient transit.
The two senators (originally three, until Lindsey Graham jumped ship) have worked hard to fashion a worthy companion to a similar measure passed by the House in June of last year. They deserve thanks. Yet the bill has no chance unless President Obama steps up.
Mr. Obama pledged to “engage” with the Senate to pass a comprehensive energy and climate bill “this year.” This was one of those ticket-punching statements that isn’t going to change any minds. What he should have said is that he is going to hammer on the Senate until it does what this country needs.
Mr. Kerry and Mr. Lieberman doled out all sorts of rewards to various industries to bring them aboard, and the bill has been endorsed by several big power producers, including Duke Energy. But Republicans remain unanimously opposed and Democrats from industrial states are not enthusiastic.
Getting the Senate to act is not just a matter of leadership for Mr. Obama. It is also a matter of honor and sound science. At the Copenhagen climate conference in December, the president — who did much to rescue that meeting from failure — committed this country to a 17 percent reduction in greenhouse gas emissions by 2020.
That is the target in the Senate bill and the bare minimum that scientists believe is necessary to get the United States on track toward reducing its emissions by 80 percent by midcentury — which it must do to help the world avoid the worst impacts of a warming planet.
Despite industry pressure, the bill preserves much of the Environmental Protection Agency’s regulatory authority to reduce emissions from power plants. And on Thursday, the agency issued a rule saying that it planned to address only the biggest emitters. But while the E.P.A.’s authority is important, Congress must still act. A broad market-based scheme would be much more effective than a patchwork of regulations.
The United States is the world’s second-largest emitter of greenhouse gases after China. Until America moves seriously to control emissions, the big developing countries will not do so. As Mr. Obama knows well, all senators like to imagine themselves as world leaders. Well, here’s his chance, and their chance, to lead.
Posted by DANIELBLOOM at 7:32 AM