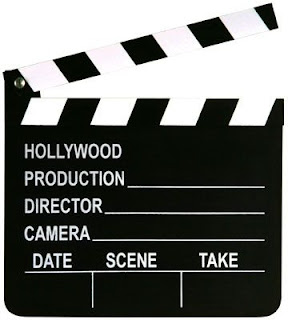 UPDATE! An Amerian climate philanthropist is offering a $1 million cash award to the person who can write this screenplay and get it greenlighted by a major Hollywood studio within the next 15 years. For information on his identity, contact this blog here or Twitter at @Cli_Fi_Books
Synopsis of future Cli-Fi movie set in a near future time period and titled

[from a novel of the same name]

SUMMARY: After basically the entire human population of the world is decimated in a series of tragic and unspeakable mass die-offs  due to several global warming impact events circa 2500 A.D., some 30 generations from now, a small group of survivors huddle together in their makeshift shelter and make plans for their ultimate demise. And the end of the human race on Earth!

As deadly clouds of methane bombs from Arctic regions creep toward their desolate outpost in Alaska, the pick up some fuzzy radio signals from somewhere on Earth that sounds as if some other survivors are still alive, but the Alaska group does not know where the radio signals are coming from. Perhaps from somewhere in Russia. There is nothing to do now but prepare to lie down and die, with grace and dignity, and the group makes plans to swallow medicine that had prepared earlier for this event, and with sad farewells to each member of the group they bid goodbye to their fellows and to the Earth. With the death of the last of the band, all human life will be extinguished on Earth. A grim calm comes over them as they prepare to die, and viewers sense that this event is not just a future prediction but could very well become reality, IF NOTHING IS DONE TO STOP global warming now in the 21st Century.

REPEAT: As a deadly cloud of methane bombs creeps toward their Alaskan encampment, some survivors cling to hopes that life as they once knew it and heard about from ancestors has continued somewhere, maybe in Russia, if those signals are coming from there as their hopes that are fed by the that discovery of a mysterious, erratic radio signal emanating from Russia, they believe. In this novel and movie, towards the end, there's a grim, unflinching clarion call for what might be called sanity that inches along at a maddeningly deliberate and suspenseful pace.

Since selling his spec script K-9 in 1987, Scott has written nearly 30 projects for every major Hollywood studio and broadcast network. His film writing credits include K-9 starring Jim Belushi, Alaska starring Vincent Kartheisher, and Trojan War starring Jennifer Love Hewitt. In 2002, he began teaching screenwriting in his spare time. He won the UCLA Extension Writers’ Program Outstanding Instructor Award in 2005 and currently teaches at the University of North Carolina in Chapel Hill. From 2002-2010, Scott was an executive producer at Trailblazer Studios, a television production company. He is co-founder of Screenwriting Master Class, a unique online resource for writers. Scott is a member of the Writers’ Guild of America, west, and a graduate of the University of Virginia and Yale University Divinity School.

The story behind Go Into The Story

Awhile back the night before I started writing my next screenplay, on a whim I asked my three-year-old son if he had any advice. He looked at me with his huge blue eyes and without hesitation said, “Go into the story, and find the animals.” I laughed — pretty funny. Over time, however, I’ve discovered wisdom in my son’s words. As writers, we do, indeed, go into the stories we create. And the animals? How about characters, plot, theme, dialogue, subtext, and all those other mysterious, magical creatures prowling in the jungle of our imaginations?

I’ve been an online instructor through UCLA Extension Writer’s Program since 2002. This blog is largely in response to students who wanted to continue our conversations about the creative process. I offer it as a resource to them and any other aspiring writer, especially those interested in screenwriting and the magic of movies.

So let’s go into the story… and find the animals!

Posted by DANIELBLOOM at 1:18 AM