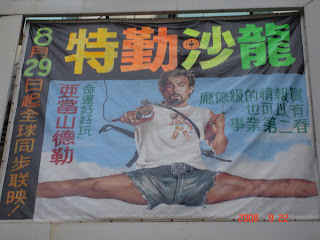 
[NOTE: In the second annual UEA SciSnack group post, we have chosen to explore scientific flaws in disaster movies. These short pieces have been written by members of the UEA group and are a mixture of light hearted humour and some serious unpicking of the meteorological, oceanographic and geological movie disasters. We hope you enjoy reading them as much as we enjoyed writing them.]

The Day after Tomorrow

The premise of this disaster movie is a good one: the Atlantic Meridional Overturning Circulation (AMOC, often referred to as the Gulf Stream – although actually the Gulf stream is just part of this complex system of currents) shuts down, unleashing climate chaos. The idea is based on genuine scientific concerns that climate change will lead to greater melting of polar ice caps, flooding the North Atlantic with freshwater and therefore reducing the rate at which deep water sinks here, thus reducing the strength of the AMOC. However, while this idea works in simple conceptual models and analysis of paleoclimate records suggest that the AMOC has collapsed in the past, fully coupled climate models tend to simulate a more gradual decline over the coming century. In addition, the Gulf Stream and other surface currents that contribute to the AMOC are predominantly driven by winds, so even if water stopped sinking in the North Atlantic, the Gulf Stream would still exist. Still, it’s not beyond the realm of possibility that this sinking could cease due to climate change, and the impacts would be dramatic, especially if it happened overnight.
Leaving aside the likelihood of such a scenario, the physics of the climate response depicted in the movie is where things get a little absurd. Global superstorms spring up, bringing havoc in the form of floods, tornadoes and freezing conditions, and (most devastatingly of all) destroying the Hollywood sign… Although a decrease in ocean heat transport due to AMOC collapse could increase storm activity, the rapidity and severity of this is hugely exaggerated in the film.
However, my favourite inaccuracy in the film is the generation of hyper-cold conditions at the centre of these storms, resulting in helicopters crashing over Scotland and New York freezing almost instantly. These midlatitude storms develop “eyes”, where super-cold air (estimated around -100°C) is brought down to ground level. The problem is that the film-makers clearly haven’t heard of the adiabatic lapse rate, which means that as air descends from the stratosphere, it warms due to the increasing pressure (as happens over deserts and in the warm Föhn-type winds) – regardless of how fast it sinks. So, rather than freezing, those helicopter pilots would have enjoyed a nice period of flying in relatively warm, calm air…
Posted by DANIELBLOOM at 8:55 PM