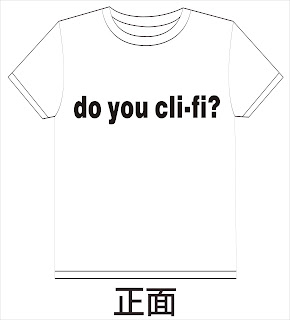 
What is climate fiction? Canadian novelist Margaret Atwood asked that question a few months ago, posing this riddle: Is ''cli-fi'' a genre, a meme, a motif or a buzzword?

I don't think she really wanted or expected an answer. I think she was implying in her Atwoodian way that climate fiction -- dubbed by an American PR operative as ''cli-fi'' -- could be any of the four and perhaps even all of them combined.

For me,  cli-fi is a platform for writers to serve their stories about global warming and climate change on. Their fears and worries. Their stories and their tales.  Some will take place in the past, some in the present, and most, of course in the future.


Cli-fi stories can be utopian or dystopian, even ''ustopian," an interesting term that Atwood coined several years ago.  They can be prophetic or ordinary. They won't save the planet. But they can offer a vision or tell a good yarn framed by climate concerns. They promise hope. They envision solutions. They are part of the story we are now telling ourselves about Mother Nature and planet Earth.

While many people like the cli-fi label because it appears to be a sub-genre of post-modern literature, it also has the potential to generate its own identity as a separate and independent genre, which is the direction it has always been going in.

And while cli-fi was never a part of sci-fi and never even a subgenre of sci-fi, it has been enjoying an evolution similar to that of science fiction and an intersting future awaits this rising new genre. While not replacing sci-fi, cli-fi nevertheless stands on its own now as a stand-alone genre of its own making and is changing the way many sci-fi writers themselves approach their storytelling, too.
Do you cli-fi? Try it. Write it or read it. The stories are resonating. It's in the air.

Dan Bloom blogs about climate fiction at
THE Cli-Fi REPORT