The glaring absence of climate-change themed movies among this year's Oscar nominees has triggered an outpouring of media criticism, setting social media abuzz as the list was unveiled on January 14.

As the Oscars telecast gears up for its February 28 showtime, with Chris Rock as the MC, a new hashtag #NoOscarsNoCli has started appearing on Twitter feeds among climate activists and others concerned about Hollywood continuing to turn a blind eye to man-made global warming and climate change. Dan Bloom reports


No sooner had the nominations been announced at a ceremony in Beverly Hills than the hashtag #NoOscarsNo Cli began trending on Twitter, as climate activists and others concerned about Hollywood continuing to turn a blind eye to man-made global warming and climate change protest against Tinseltown's apparent climate denialism.

#NoOcarsNoCli -- Speaking of #CliFi --- > RE: 2016 Oscars telecast: outrage over no Climate-Change films. Is Hollywood blind?" was one tweet seen on the social media platform, with organizers of the protest campaign asking followers to retweet the tweet and the hashtag for the next 30 days or so leading up to the globally-televised Oscars telecast on February 28.

Cli-Fi.Net, a liberal blog, echoed the sentiment of many who were surprised that not one climate-themed movie was nominated for the Oscars this year. Again.

"Hollywood sure loves to distract us: for the umpteenth year in a row, zero Cli-Fi movies get Oscar nominations," it said in a post on its website. 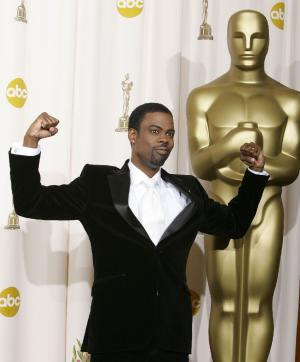 #NoOscarsNoCli -- Chris Rock is hosting the Oscars and many are predicting he will have a field day dissing Hollywood producers for being afraid to greenlight cli-fi movies.


The Academy of Motion Picture Arts and Sciences has acknowledged that more action was needed on the cli-fi movie front.


"We have been actively bringing trying to prod more producers and screenwriters to take a chance on climate-themed movies, and we hope to do more in coming years as well,," the Academy said.


But Sam Marchbanks, awards editor for a Canadian industry magazine ''Baffin,'' said critics should perhaps look more towards the studios and producers in denouncing the lack of cli-fi movies in Hollywood even when news of a possible Climapocalypse in the distant future is in the newspapers everyday.

"The Academy people don't vote by theme or genre, but it's the studios that need to fix this by better reflecting the climate crisis humankind face," Marchbanks said.

Some 6,000 members of the Academy, all of them who work in the film industry, voted for the films, actors and directors that will be vying for an Oscar on February 28.

Comedian Chris Rock, who believes that man-made climate change is real, is hosting the star-studded ceremony and many are predicting that he will have a field day dissing fun at the all-denialist lineup of movies and producers and screenwriters actors nominated.

Alana Smithee, an academy-award producer and lecturer at the Oregon-based Merry Pranksters School of Theater, Film & Television, said change would only come once the Academy expanded its membership to include more climate activists and climatologists.


"If you don't expand the make-up of that membership -- and by extension producers and directors who more fairly reflect climate concerns -- you get this grotesque climate denialism trope in Hollywood," she said.


A new OP-ED by film critic Michael Svoboda in Washington DC is printed  here   on the same topic: