Better Living Through Beowulf: A literature professor's blog links the connections between everyday life and literature: Food for thought 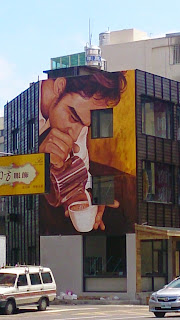 He writes: "I don’t presume to know how many people read Robin Bates’s blog Better Living Through Beowulf, but I find it consistently makes me think about the connections between everyday life and literature. Robin is an English professor at St. Mary’s College in Maryland. He regularly shares his insights regarding literature’s and film’s connections to such wide-ranging topics as current events, sports, and spiritual matters. I often save his posts for last when I’m catching up on RSS feeds in my feed reader because I know I will want to read them slowly and think them over. There’s nothing I don’t love about his blog, from his interesting connections and engaging commentary all the way down to his layout. I think even if you don’t teach English, you can learn something from Professor Bates’s blog."

Another good example of Robin Bates thinking out blog about literature and everyday life, this post about Barbara Kingsolver's FLIGHT BEHAVIOUR novel. 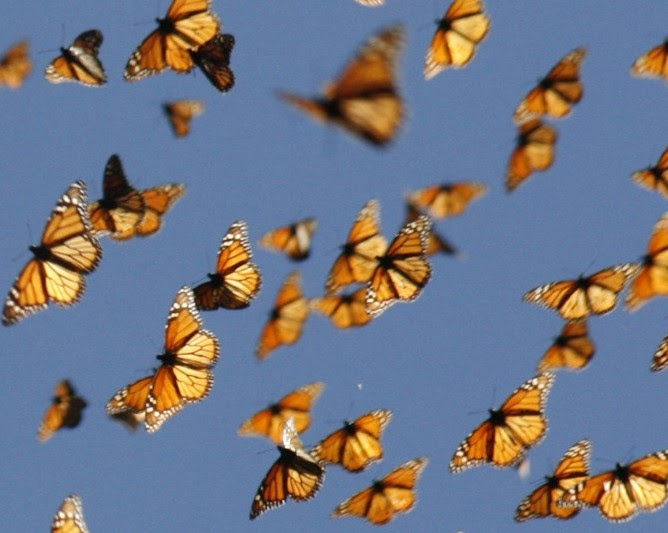 I’m currently teaching Barbara Kingsolver’s Flight Behavior in my Introduction to Literature class, having managed to squeeze in the first lesson right before the blizzard closed the school. The extreme weather conditions serve to underscore Kingsolver’s concerns about climate change, but I’ll save that post for another time. Today I look at the way she incorporates religion into her reflections on the disrupted migratory patterns of monarch butterflies.

Kingsolver sets her novel in the heart of the Baptist Bible belt—the mountains of east Tennessee—and discovers an unexpected clash between Christianity and capitalism. I say unexpected because we have been accustomed to seeing the disciples of Christ and the disciples of Mammon as allies in the GOP coalition. When God’s glory shines through nature, however, fissures begin to appear.

The novel begins with the protagonist, Dellarobia, on her way up a mountain to commit adultery, even though she’s aware that it will blow up her marriage. Suddenly, however, she encounters a great brightness. As she is not wearing her glasses, she doesn’t know that climate change and giant landslides have forced monarch butterflies to relocate from Central America. To her, the butterflies resemble a forest fire without the heat or the noise. While not particularly religious, she turns to the Bible for ways to express the moment:

A small shift between cloud and sun altered the daylight, and the whole landscape intensified, brightening before her eyes. The forest blazed with its own internal flame. “Jesus,” she said, but putting her voice in the world because nothing else present made sense. The sun slipped out by another degree, passing its warmth across the land, and the mountain seemed to explode with light. Brightness of a new intensity moved up the valley in a rippling wave like the disturbed surface of a lake. Every bough glowed with an orange blaze. “Jesus God,” she said again. No words came to her that seemed sane. Trees turned to fire, a burning bush. Moses came to mind, and Ezekiel, words from Scripture that occupied a certain space in her grain but no longer carried honest weight, if they ever had. Burning coals of fire went up and down among the living creatures.

As I looked, behold, a storm wind was coming from the north, a great cloud with fire flashing forth continually and a bright light around it, and in its midst something like glowing metal in the midst of the fire. Within it there were figures resembling four living beings. And this was their appearance: they had human form. Each of them had four faces and four wings. Their legs were straight and their feet were like a calf’s hoof, and they gleamed like burnished bronze. Under their wings on their four sides were human hands. As for the faces and wings of the four of them, their wings touched one another; their faces did not turn when they moved, each went straight forward. As for the form of their faces, each had the face of a man; all four had the face of a lion on the right and the face of a bull on the left, and all four had the face of an eagle. Such were their faces. Their wings were spread out above; each had two touching another being, and two covering their bodies. And each went straight forward; wherever the spirit was about to go, they would go, without turning as they went. In the midst of the living beings there was something that looked like burning coals of fire, like torches darting back and forth among the living beings. The fire was bright, and lightning was flashing from the fire. And the living beings ran to and fro like bolts of lightning.

This was not just another fake thing in her life’s cheap chain of events, leading up to this day of sneaking around in someone’s thrown-away boots. Here that ended. Unearthly beauty had appeared to her, a vision of glory to stop her in the road. For her alone these orange boughs lifted these long shadows became a brightness rising. It looked like the inside of joy, if a person could see that. A valley of lights, an ethereal wind. It had to mean something.

She does not believe the sign is from God, however. Her view of God does not acknowledge God’s care for the sparrow, and her thinking reveals her low self esteem:

By no means was she important enough for God to conjure signs and wonders on her account.

Nevertheless, Dellarobia has a “road to Damascus” experience, and she determines to turn her life around:

She could save herself. Herself and her children with their soft cheeks and milky breath who believed in what they had even if their whole goodness and mercy was a mother distracted out of her mind. It was not too late to undo this mess Walk down the mountain, pick up those kids. The burning trees were put here to save her. It was the strangest conviction she’d ever know, and still she felt sure of it.

The vision can’t only be for herself. Her father-in-law, a money-grubbing farmer, is prepared to irresponsibly clear-cut the timber, and Dellarobia must keep him from doing so. Without admitting that she has been up the mountain (which would reveal her adultery plans), she suggests to her husband that he check out the forest first. When he and his parents discover the butterflies, they become convinced that God has sent her a vision. They receive further confirmation of this when she appears to be visited by the Holy Spirit. The passage evokes John’s baptism of Jesus:

She raised her eyes to the sky instead, and that made the others look up too, irresistibly led, even Bear. Together they saw light streaming through glowing wings. Like embers, she thought a flood of fire, the warmth they had craved so long. She felt her breathing rupture again into laughter or sobbing on her chest, sharp, vocal exhalations she couldn’t contain. The sounds coming out of her veered toward craziness.
The two older men stepped back as if she’d slapped them.
“Lord almighty, the girl is receiving grace,” said Hester, and Dellarobia could not contradict her.

The following day, Dellarobia’s husband announces to the church congregation that she has had a vision, much to Dellarobia’s embarrassment.

The battle is not yet won, however, as Bear is determined to use illegal DDT to wipe out the butterflies, which would otherwise deter the “Trees for Money” company. It takes the intervention of the pastor, who believes the butterflies are a sign from God, to finally save them. The intervention includes

–specially chosen hymns (“The earth is a garden, the garden of my Lord”)
–a specially tailored sermon (“May we look to these mountains that are Your home and see You are in everything. The earth is the Lord in the fullness thereof.)
–a family conference in which the pastor speaks directly to the issue (“What I hear you saying is you want to log the mountain because it’s yours, and because you can. And my job here I think is to warn you about the sin of pride.”)

That’s true, Dad. When a man is greedy and gets too big for his britches, he pays for that. You’ve seen that.

Then Bear’s Wife wades in:

If you can’t live by the laws the Lord God made for this world, they’ll go into effect regardless….That land was bestowed on us for a purpose. And I don’t think it was to end up looking like a pile of trash.
Finally, after Bear calls the pastor a “tree hugger,” the pastor replies,

Well now, what are you, Burley, a tree puncher? What have you got against the Lord’s trees?

Bear finally capitulates and the pastor leads the family in prayer.

Kingsolver’s novel is neither religious nor unreligious. She does, however, have a spiritual vision of nature, and her book shows how the local culture uses its Baptist world view to process what is happening. In this instance, the forces of Mammon are routed.

There’s hope yet.
Posted by DANIELBLOOM at 7:16 PM