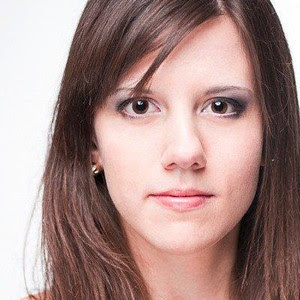 
This year, rather than writing our own predictions, we decided to have Motherboard interview each other.

Motherboard's senior editor Brian Merchant recently moved back to the West Coast. Brian originally hails from California but spent the better part of a decade in NYC, so I felt like he was in a better position than most to make predictions about how 2016 may fare differently for America’s coasts.

We focused mostly on the beats Brian covers, which include climate change and futurism.

From where he stands, 2016 will highlight more than ever how similar we actually are on both edges of the map. From our fears, to our needs and desires, and the differences between the left and right coasts will be all the less noticeable as we shuttle into the future together.

Kaleigh Rogers (questions in bold letters): So I was thinking we could chat a bit about predictions for 2016 that will differ on each coast, given your recent move?Brian Merchant: Sure thing!

Kaleigh Rogers: Anything stand out to you right off the bat: what will be big changes that the West Coast will see that the East Coast might not?I can't really claim to be any great expert on either coast, but a fairly safe start in the prediction arena is to wager on the environmental and climatic differences.
2015 ended with some serious climate weirding — I moved to LA just in time to see the city hit some record cold temps and the New York I left behind has been unseasonably warm. Weirding like that is likely to continue, I guess; seeing as how 2015 will all but certainly be the hottest year ever recorded, and El Niño is slated to make 2016 even warmer.
So, we ~could~ get more record warms on the East Coast, coupled with the slowly rising seas, while getting some of the same weirdness in the West. In California, at least, the meteorologists (and the ski resorts) hope that El Niño will bring precipitation back in a big way in 2016—ideally ending the persistent drought that has gripped the state for so long.
Kaleigh Rogers: Is there anything else that stands out, that you cover, that you can reasonably guess might be different here versus there?I think that the traits we identify with Silicon Valley—obnoxious tech bros, 2.0 libertarian ideology, lame-but-luxurious parties—will probably begin to be contained to that from whence it came. The values of the venture capital investment class, meanwhile, will probably continue to spread—so, I'd wager we'll see a bit more reckless tech investment on the East Coast than before, and a bit more personal (at least apparent) restraint on the West Coast.
We've reached a moment where opulence is a bad look, and rightfully so, but that doesn't mean anyone's about to turn off the spigot.
Kaleigh Rogers: How about science fiction? You've surely edited fiction from writers on both coasts, have you noticed anything that sets them apart?We edit writers from around the world, and not sure I'm aware of a regional clustering of interest in certain themes. But that would definitely be interesting to look at!
Kaleigh Rogers: Do you think readers on the west coast are looking for or interested in different kinds of stories from Motherboard than those on the East Coast?Perhaps a little—if you live in California, as I do now, you will be interested in the megadrought that is sucking the state dry. Personally, I've started thinking more about earthquakes again, and driving: two things I didn't have to do as much on the East Coast. I imagine it's the same for many readers.
Kaleigh Rogers: Did that shift in thinking surprise you at all? Or did you see it coming?We seem to spend a lot of time romanticizing and exaggerating the differences between the coasts, so yeah, I actually was anticipating some kind of major shift. But it turns out that LA is not in fact a giant smoggy parking lot, though the car culture is the one thing that hasn't gelled with me yet.
It is interesting to see how our fictions treats each coast though, since you mentioned it. California's future catastrophes seem larger-scale, more inevitable—climate change, earthquakes; capital D disasters. The east coast is always getting attacked, falling prey to violence—I'm thinking Independence Day, World War Z, Escape from New York (hey, look at that), that sort of thing. People are the threat, oftentimes, in East Coast disaster fiction, which makes sense because that's where the US's major population centers are.
Kaleigh Rogers: That's true! I never really thought of that.So, it's weird to come back to CA, where I'm originally from, and see 'Conserve Water' signs on the highway, instead of 'If You See Something, Say Something' signs by the subway.
Kaleigh Rogers: Hahaha, damn.Each region has its own real-life apocalypse, kind of.
Kaleigh Rogers: Do you think your pull on the site will shift along with that mentality, both in the fiction you choose and the news you cover?Probably! In some small ways. I am thinking a lot about transportation again, and I hope to get up close and personal with drought and more localized climate issues—both because being in California again has rubbed them in my face with renewed vigor.
As for fiction, I don't imagine my selection process will change much, in terms of choosing stuff for Terraform. But! There's so much interesting multimedia fiction in LA—our chief mass culture factory, Hollywood, is here, after all—so I imagine we'll be seeing more video, CGI, augmented reality fiction, that sort of thing. [And cli-fi, too.] At least I hope so. We're already working on orchestrating one potentially big short SF film premiere with some very Hollywood stars. So that sort of thing will be fun.
Kaleigh Rogers: Cool. Any final thoughts? Are we really so different?Ha, of course not. But what would the New York Times Style section write about seven times a year if there wasn't a reason people were moving between the coasts? It's mostly the urban systems that are different—honestly, the biggest immediate difference to way-of-life is transit. Cars suck, sorry. Public transportation is so, so much better.
And it's coming! I was thrilled to hear about the completion of the Expo line, which will finally take riders from downtown LA to the beaches of Santa Monica—I heard about this whilst stuck in traffic, naturally—and everyone that talks about the prospect here seems thrilled. It was really just bad, decades-old urban planning that drove the change, and it seems to be shifting back to a system that favors density (downtown LA is gentrifying) and East Coast-style of transit. Very slowly, but it's shifting back.
Here's another prediction: By the time I leave it, LA will look more like the New York I just left.
Unless it sinks into the sea, that is.
Topics: 2016 predictions, future, cli-fi, futurescapes, scifi, fiction, environment, climate change, drought, California, new york, la
Posted by DANIELBLOOM at 9:15 PM