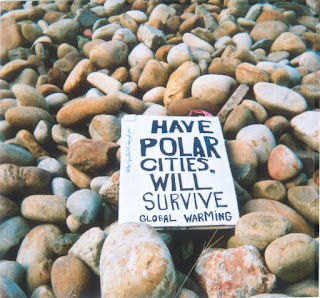 Professor Liz Ammons, chair of the English department at Tufts * (where Dan Bloom spent four years in the late 1960s and early 1970s majoring in literatures of the world and teaching a class of two in the Experimental College program.)

This seminar focuses on American literature and the environment, concentrating on 20th and 21st Century texts and a number of issues — environmental racism, eco-imperialism, animal rights, the relationship between gender and the social construction of nature — and, above all, global warming.

We will think about climate change as a biospheric reality and as a metaphor that speaks to an ethical imperative.

Reading in the course is multicultural, bringing together Native American, African American, white European American, Latino/a, and Asian American perspectives, with these as probable primary texts:

Theory will come from diverse vantage points, both within and outside the U.S.:

In addition to novels, movies, poetry, and theory, we will consider the political and aesthetic work of several documentary films. Pedagogy — how to teach in an age of accelerating climate crisis — will be a conscious concern.
Posted by DANIELBLOOM at 8:27 PM