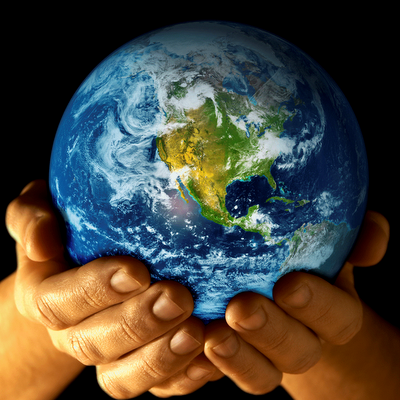 That is perhaps best word to describe a class action lawsuit filed this week in the Court of Public Opinion -- CoPO -- against national governments refusing to act on reducing carbon emissions.

The suit was filed by climate activist Danny Bloom who is asking for "US$1 billion dollars in damages on behalf of future generations of human beings on Earth - if there are any".

The lawsuit is specifically seeking damages from ""all world leaders for intent to commit manslaughter against future generations of human beings by allowing murderous amounts of fossil fuels to be harvested, burned and sent into the atmosphere as CO2, causing possible apocalyptic harm to the Earth's ecosystem and the very future of the human species."

The point of the suit of course is not to wring money out of carbon emitters, but to embarrass the legions of laggard governments in advance of upcoming international climate negotiations next December in Copenhagen.

According to Bloom, the public lawsuit action at the CoPO venue "is about trying to protect future generations of mankind, humankind, and a positive judgment in this case will help prod more people to take the issues of climate change and global warming more seriously. We fully intend to make all world leaders of today responsible for their actions in the present day and age."

This case is a legal long shot no doubt, but Bloom said: "It's up to the court of public opinion in every nation to decide whether this case has any merit. We fully expect the court to agree to at least hear the case and make a responsible and measured decision later."

It would also be the first case of its kind to seek to act on behalf of future generations for the irresponsibility of their ancestors.

The need to put world leaders on the hot seat is very real. International climate talks have happening for over a decade yet global emissions just keep climbing. A recent report showed that in spite of international commitments, carbon emissions of 40 industrialized countries rose by 2.3 percent between 2000 and 2006.


Back to the future, back to Mr. Bloom. His CoPO lawsuit seems directly targeted towards irresponsible nations worldwide that have refused to take this issue seriously.

If he wins, Bloom is planning to donate the US$1 billion in damages to the Nobel winning Intergovernmental Panel on Climate Change (IPCC).

Godspeed, Mr. Bloom. (If there IS a God, which at this point is highly unlikely!)
Posted by DANIELBLOOM at 7:58 PM