Virtual Graduation Speech on YouTube for ''Class of 2099'' Raises Eyebrows 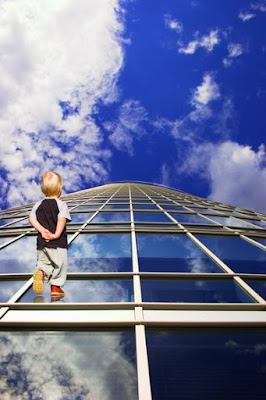 When climate activist Danny Bloom decided to create a virtual graduation speech to the graduating university classes of 2099, he knew exactly what he was doing.

"This speech is meant as a wake up call, a cri du coeur, from an old man not long for this Earth," he said in a recent interview from his home office in Taiwan. A graduate of Tufts University in Boston, Class of 1971, Bloom has been active in climate blogging for the past two years, when he created the concept of "polar cities" for possible survivors of global warming in the far distance future, if things get really bad on Earth and millions of people have to moved northward to find refuge in climate refugee settlements (which he has dubbed "polar cities"). [GOOGLE: "polar cities"]

Bloom wrote the speech to the class of 2099 a year ago, and put it on his blog. A few months ago, he published it as an oped piece in the China Post newspaper in Taiwan, an English daily there. In late March, with the help of a student at Chung Cheng University in southern Taiwan, Aremac Chuang, a junior, Bloom made a video of the speech. Produced and directed by Mr Chuang, the video is now on YouTube.com and is slowly gathering eyeballs around the world.

When a reporter asked him why he wrote the speech to the class of 2099, as yet unborn, Bloom said: "Since the speech is for the class of 2099 at universities around the world in 2099 A.D.....I hope the video will stay up on YouTube and other video-sharing websites for another 90 years, perhaps even more. Of course, I won't be around much past another ten years or so to see the new comments that come in or to see how many hits the speech gets on YouTube, but I am hoping for 10,000 in the next 12 months and maybe 25,000 hits by 2015."