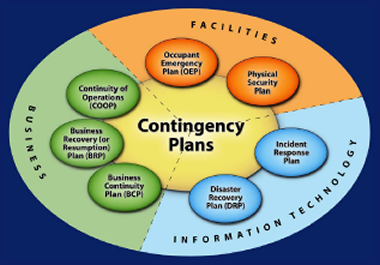 A former senior official in the White House has dropped a proverbial
bombshell by asserting that the U.S. and other major industrial
countries have no coordinated plan to cope with a collapse of civil
society in the future due to climate change and global warming and
leading to possible mass migrations to northern regions of the globe.

Edward Lendner, who was director of climate issues in a previous White
House administration, wrote last week: "In what would be the single
most important contingency that could impact civil society in the
United States and other nations around the world, there is no agreed
upon plan for how to deal with a collapsing world in the distant
future if climate change and global warming get out of control and
mass migrations northward create chaos in both wealthy and poor
countries."

In response to an email asking: "Why was no plan drawn up when you
were in the climate issues office in the White House?" Lendner
replied: "There was no lack of planning on the US side. We did our
part. There are several secret documents that have been drawn up in
response to the collapse of civil society in North America and Europe
-- in addition to Africa, Asia and South America -- but these plans
have never been made public and most likely never will be."

"The main issue is that there is no agreed-upon mechanism for
bilateral and multilateral planning (including with China and India,
with their huge billion-plus populations), which obviously should be
done in advance of such a contingency," he added.