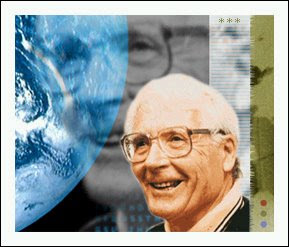 Alan AtKisson attended the recent Tallberg Forum in Sweden, where he lives and works, and told readers at worldchanging.com that:


"These worried-but-understated scientists [at the Tallberg Forum] seem[ed] positively optimistic compared to James Lovelock, who sent a video message that basically told us, "It's too late." Gaia's going to heat up in order to shed us like a bad case of the fleas. He advises us to start planning for the salvaging of civilization in a world gone mad -- mad in the sense of very, very angry."