Hot Tomorrow: The Urgency and Beauty of Cli-Fi

Earlier this summer [of 2016] — in a year marked by new record global temperatures — I toured some of the more exotic, outré, and far-fetched works of “Anthropocene fiction” that envisioned how humanity might imprint its often lethal image onto our home planet — even distorting other planets and the whole cosmos at large. After such visions as entire worlds clad in steel, and a solar system whose components were juggled about and reprocessed, the simple notion of Greenhouse Earth — the scenario where an unintentional and relatively tiny incremental change in average world temperature brings vast environmental and geophysical disasters and sociopolitical and cultural disruption and mass mortality — is now hardly science-fictional at all.

Climate change is indeed the stuff of daily headlines, to an extent than when we encounter a recent front-page feature in The New York Times reporting on “climate refugees” in the USA and South America, the pairing of those two terms requires little in the way of explanation.

But the hard-edged Paris Agreement realities of climate change do not preclude science fiction focusing its speculative lens on the topic, any more than the reality of the atomic bomb dampened the power of A Canticle for Leibowitz or The Road. To the contrary, science fiction remains, as ever, the best tool for charting our path into such a chaotic future.

Thus the birth of a newish subgenre of SF, what has recently been dubbed “climate fiction” or “cli-fi.” Though writers from Frank Herbert and Roger Zelazny to George Turner had by the 1970s used ecological awareness as an imaginative springboard, the awareness that human-created planetary warming was incontrovertibly real has made it a topic of urgency for many twenty-first-century writers.

Two new cli-fi anthologies represent the latest literary broadcasts from these shifting and still unfixed hothouse futures, while an ambitious novel from 2015 displays how cli-fi crosses boundaries into unclassifable literary territory as well.

Current cli-fi might be said to owe a great deal to two voices. Kim Stanley Robinson contributed one of the first landmarks of the genre with his Science in the Capital trilogy (2004−7). And his outspoken, prominent comrade in the battle these days is Paolo Bacigalupi, with such novels as The Windup Girl (2009) and The Water Knife (2015). Depicting the harsh realities of a dog-eat-dog future of dwindling resources, Bacigalupi’s novels reflect the same world-correcting missionary impulses as Orwell’s 1984. 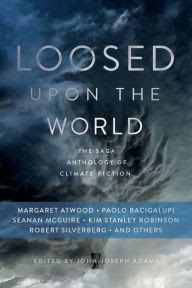 Along with over two dozen other writers, Robinson and Bacigalupi feature in Loosed Upon the World, the mammoth new reprint anthology of cli-fi from master editor John Joseph Adams.


Bacigalupi’s introduction sets the stern and Cassandran tone for the volume, as he registers his disbelief in, and moral objection to, any kind of techno-wizard solutions to our current climate chaos. 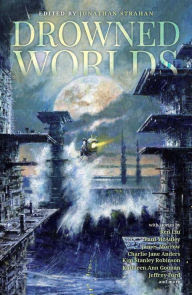 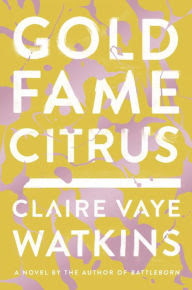 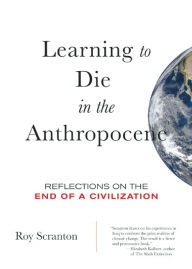 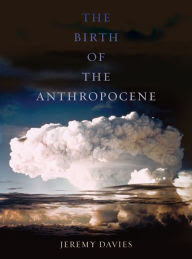 * * *
Perhaps we can sum up the necessity for and allure of cli-fi and its allied nonfiction by quoting author Cat Sparks from a recent interview on the topic.

With her own cli-fi novel, Lotus Blue, due out soon, and nearing the completion of her Ph.D. in climate change fiction, Sparks has plainly devoted much intellectual energy to the topic and its themes. She remains unsentimental but optimistic about the literature and its ability to help.


Climate fiction definitely has a part to play. In my eyes the argument that art should be beholden to nothing and no one breaks down when it comes to a situation as dire as this one, where the one planet in the universe known for certain to harbor life is under threat of being rendered uninhabitable . . .


What we need is people talking about alternative pathways. We need this in science, politics, government and we need this in art. Because people respond to art differently to the way they respond to facts and figures. Art has the power of becoming personal. Different media speaks to different people in different ways. Art encourages people to think and feel.

Posted by DANIELBLOOM at 9:18 PM