As the U.S. book tour for Amitav Ghosh's brilliant new essay collection about climate change gets pencilled in a schedule book, here are some beginning dates and venues. NAOMI ORESKES DATE!


As the U.S. book tour or Amitav Ghosh's new and brilliant essay collection about climate change issues -- ''THE GREAT DERANGEMENT'' -- gets pencilled in into a schedule book, here are some beginning dates and venues for reporters and the public to check out.


1. To start things off, check out this fantastic pairing of Dr Ghosh and Naomi Oreskes (above photo) from Harvard in NYC on October 5. You can be sure some of the top media reporters covering the USA and UK Ghosh book tour will be there.


October 5, beginning 7 p.m. and continuing to about 9 pm, with a question and answer period as well.

Amitav Ghosh Meets Naomi Oreskes on stage at the Rubin Museum in New York City in a set headlined ‘The Great Derangement’, a conversation with Naomi Oreskes (author of (with Erik M. Conway) Merchants of Doubt: How a Handful of Scientists Obscured the Truth on Issues from Tobacco Smoke to Global Warming, 2010; and (with Erik M. Conway)The Collapse of Western Civilization: A View from the Future, 2014).


In this conversation, renowned Indian author Amitav Ghosh takes a big picture view of our immediate and long-term future with Harvard professor of earth and planetary sciences Naomi Oreskes. Ghosh takes on this topic in his new book The Great Derangement: Climate Change and the Unthinkable.

“For a long time, we have been talking about climate change as a scientific question. In this magnificent book, Ghosh changes the conversation, moving it out of the narrow corridors of science and into the wide precincts of culture, politics, and power. Climate change, he argues, is the result of a set of interrelated histories that promoted and sustained our collective dependence on fossil fuels, and it is a kind of derangement to say we want a different world but act in a way that ensures the continuance of the present one. A clarion call not just to act on climate, but to think about it in a wholly new way.” —Naomi Oreskes

A book signing by both Dr Ghosh (The Great Derangement) and Dr Oreskes (Merchants of Doubt, The Collapse of Western Civilization) will follow the talk.

Tickets go on sale this August
Become a member today to get early access to tickets
Sign up for alerts about this series
Tickets: $25.00
Member Tickets: $22.50

2. Then over to Chicago, where Dr Ghosh delivered the four one-hour Berlin Family Lectures at the University of Chicago in September 2015 [and which are now available free of charge as videos on Youtube] (and which form the basis of his new book of essays, which takes the transcripts of the original lectures and expands on them and amplifies them in a brilliant literary prose style. 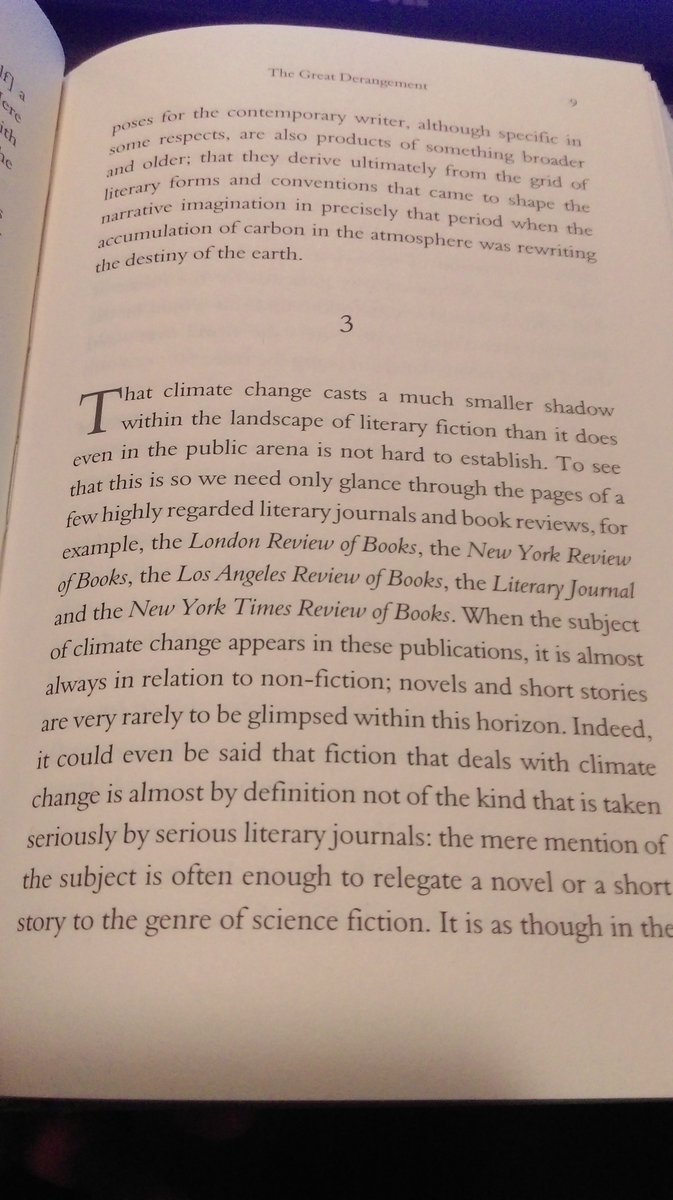 About the speakers at the RUBIN on October 5

Amitav Ghosh was born in Calcutta and grew up in India, Bangladesh, and Sri Lanka. He has lived in Brooklyn New York since 1990. He studied in Delhi, Oxford, and Alexandria and is an award-winning novelist and essayist whose books include The Circle of Reason, The Shadow Lines, In an Antique Land, Dancing in Cambodia, The Calcutta Chromosome, The Glass Palace, The Hungry Tide, and the Ibis Trilogy: Sea of Poppies, River of Smoke, and Flood of Fire. This is his 3rd appearance at the Rubin Museum of Art.

Naomi Oreskes is professor of the history of science and affiliated professor of earth and planetary sciences at Harvard University. She is also an internationally renowned geologist, science historian, and the author of both scholarly and popular books and articles on the history of the earth and environmental science. For the past decade Oreskes has been primarily interested in the science and politics of anthropogenic climate change. Her 2010 book Merchants of Doubt: How a Handful of Scientists Obscured the Truth on Issues from Tobacco to Global Warming, co-authored with Erik M. Conway, won the Watson-Davis Prize from the History of Science Society. Oreskes and Conway also wrote The Collapse of Western Civilization, which has been a bestseller in France and has been translated into nine languages.


PRESS, NOTES and COMMENTS FROM NEAR AND AFAR:

''It's sad that Dr Ghosh wants to be proscriptive about what kinds of fiction should be deployed for talking about this subject.'' - Anonymous commenter in USA

Awaken you dormant literati for the world is a changing – for the worse! This seems to be the call from one of the finest writers of our time, as he raises the lack of consciousness and concern amongst thinkers within the world of literature, history and politics, on a subject that should be captivating our attention more than just a passing thought. And Amitav has taken the lead in what should have been an all-pervasive instigating concern.

This is a return to non-fiction where the author catches our attention in his inimitable thought-provoking narrative of literary expression, as he begins to highlight global climatic change patterns and the sheer lack of preparedness in facing the inevitable.

Examples of proscription in a sentence

Origin and Etymology of proscription

Tickets needed. Best to order ahead of time. Only about 140 seats in the room where the event will be held. Price $25 per ticket and $22.50 for museum members . And museum members get first dibs on tickets so maybe good idea to join as member first. See link at