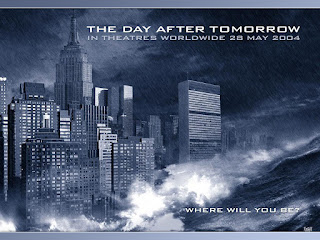 UPDATE: August 10 -- A source in India tells this blog, and he has read the book in India this summer....''In 'The Great Derangement,' Amitav Ghosh traces the historical development of novels and 'sci-fi'  and places 'genre' novels within those contexts.''
We shall see.


In early August, Mary Woodbury of Eco-Fiction.com commented on an Indian media website below an article about Amitav Ghosh's essay collection ''THE GREAT DERANGMENT'' :

LINK to article and comments:
From the Times of India:
http://blogs.timesofindia.indiatimes.com/Arrackistan/why-gandhi-will-not-win-the-battle-against-climate-change/.

''i apologize for the comment having no caps and no paragraph returns. they were there when i submitted the comment. also, thanks to author carolyn welch for the idea of billion-voiced global communications these days, which makes it hard for us to get our own works out -- especially when the media seems superficial and looking at quick hashtag/viral/buzzwords rather than true content meriting discussion.''

Woodbury had posted her original comment with caps and paragraph breaks, of course, but the website automatically for some reason crammed everything together in lowercase. She wrote:

"ghosh points out that although throughout history, the various branches of culture—poetry, art, architecture, theatre, prose fiction—have responded to war, ecological calamity and other crises, they have ignored the scare of climate change and, this banishment, he says, would be judged as the great derangement by the future generations." i would suggest looking at the database at the eco-fiction site (easily found in a search) for hundreds of novels that have climate change themes in them. while some of these books are ecological overall, and do not necessarily deal with global warming, the site began in 2013 focusing on novels about climate change, which still make up more than half of the entire database. so there are plenty of novels addressing climate change. in fact there are currently two that i know of being made into movies: emmi itäranta's "memory of water" and jeff vandermeer's southern reach trilogy's book one "annihilation". the problem is not that these books aren't being written; it's that media needs to give them a voice and hasn't yet (granted, a few are self-published, but most are not). the only media that seems to address these books tends to look at genre labels rather than just talk about the books themselves as being the catalyst for change. that is also a problem within the publishing industry--that activism is quieted, environmentalism is downplayed, and eco-, nature, or environmental fiction is not even a category recognized by publishers, book sellers, and book distributors, with very few exceptions. in a billion-voiced global society, unfortunately what gets recognized are short-term, short attention span viral moments, not the imaginary worlds authors write that address a long-term problem we need to be concerned about. this is a media problem, not really a book or author problem. some even say that there are a glut of dystopian climate change novels these days, yet there are several gems in this glut that have the potential to reach far and wide. media needs to look at these novels (two mentioned above--but there are many more). to hear a major thinker not recognize the novels out there is disheartening. also, just googling for climate art and so forth brings up a ton of projects, which include still art, performance art, and so on. the artists and authors are contributing. that the world isn't listening is a problem of lack of interest and a problem with media knowing we can't sit still enough so might as well talk about donald trump's latest tweet."


''I agree with Mary Woodbury that to hear a major thinker like Amitav Ghosh not recognize that there are plenty of climate-themed novels out, there in a variety of genres, from sci fi to ecofiction, is disheartening. According to his publisher, Ghosh was really criticizing mainstream literary fiction, so he does not devote any space in the book to genre fiction, which as Woodbury has noted, from Ballard to Herzog and Robinson to many many others, since the 1960s to today, and as Adam Trexler details in his nonfiction book "Anthropocene Fictions", looking into over 150 ecofiction and scifi novels about climate change in the recent past. Perhaps when Dr Ghosh arrives back in the U.S. for the North American part of his book tour he will confront this issue and explain better to literary critics and reporters in New York and Los Angeles (and Toronto and London) why his book left out genre fiction entirely. In India, it's true, genre fiction is not popular and not written very much if at all. But in the West, where Ghosh has lived (in Brooklyn since 1990) after marrying the American writer Deborah Baker and raising their two children there, certainly has knows about genre fiction and should have included it in his assessment of climate-themed novels in the past 55 years in the Western world. It is disheartening that Dr Ghosh seems to have the view that genre fiction is inferior to serious literary and historical fiction (the kind of novels he writes for his international audience) -- even though he himself wrote a very good sci-fi novel titled "The Calcutta Chromosome" in 1999 -- and he for some reason feels that the West literary canon has ignored climate themes in fiction, when nothing could be further from the truth, as Woodbury notes. Did Ghosh do his homework? Maybe not. Remember, this book is an expanded version (rewritten in parts and amplified) of his 2015 four-part lecture series in Chicago on this very topic and which was also headlined "The Great Derangement" with all four videos of the one hour lectures available on YouTube since last year. It's lamentable that Dr Ghosh has been saying, at least in all the interviews and talks he has recently given to the Indian media on the India leg of his world book tour, that novelists and artists have ignored climate change, and not one reporter or literary critic in India challenged him on this. But when he arrives in the U.S. on October for the North American leg of his book tour, reporters and lit critics will certain ask him some pointed questions about his apparent prejudice against genre fiction and he will have to face reality with the American and Canadian and UK media, who won't let him off the hook so easily. As an American friend of mine recently said to me about this otherwise brilliant and important book, "It's disheartening that Ghosh wants to be proscriptive about what kinds of fiction should be deployed for talking about this climate themes." That's was his mistake in this book.''


And a few second later , I added as an after-thought comment:


''So it would be nice to hear Amitav Ghosh say in October when he does dozens of media interviews for the U.S. leg of his book tour: "I was wrong to be proscriptive about what kinds of fiction should be deployed for talking about climate themes in the Western world. We should welcome all literary genres to the discussion, especially science fiction and eco-fiction. I see that now.''
Posted by DANIELBLOOM at 7:47 PM

John Cheeran wrote the piece for the Times of India.

A source in India tells this blog, and he has read the book in India this summer....''In #TheGreatDerangement, Amitav Ghosh deftly traces the historical development of novels & 'sci-fi' & places 'cli-fi' within those contexts''

Notice she uses that pet phrase "a ton of books about..."....a ton of. Just how her alter ego lynns79 spoke on wiki...using same phrases. A ton of etc a bundle of . that's how she talks and its a dead give away for her lynns79 impostering.