QUESTION TIME: WITH ANSWERS WANTED FROM READERS OF THIS BLOG: ''Do cli-fi novels or movies point to a world of hope or a world of hurt?'' 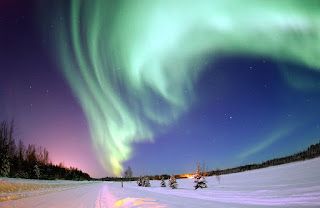 I am asking a question HERE on this blog and on Twitter and FACEBOOK groups I belong to and to the entire Twitter/FB/blogger/email world that talks about or thinks about ''cli fi'' novels or movies, and the question I am posing is : '

Then I asked for readers ANSWERS (with an RSVP note via email or comment sectiom below or tweets or FB msgs).

First reply came in from a novelist in Australia - Ms MacDibble -- who replied via tweet:

"Hope! Because through it all, we endure...at least some of us."

Second answer came in from a philosophy teacher in Taiwan, who is also very interested in the cli-fi meme, Ms. Lin, who said "Both."

Now I am thinking of compiling a list of answers and responses in either short twitterspeak or longer answers by emails or comments here, and answers can either use your real name or be "anonymous" if you so prefer.

MS said: ''The vast majority depict "a world of hurt" not hope.''


PJ said: "I think any decent novel must include both.   Short stories may be different
of course.  But to develop a meaningful story and maintain readers' interest
I think it is important to mix credible future (or past) scenarios with what
humanity has to offer, good and bad.
Humanity can be cruel or humane, ugly, beautiful, thoughtless,
thoughtful, ordinary, extraordinary.  So all these things are going to be found in cli-fi.
"On the Beach" has a lot of these components for example.

''In my stories I chose to delve into the (mundane but tragic) effects of a future
scenario in an impersonal way, I did not want to dig deep into the darkness of
humanity such as in "Lord of the Flies".  Instead I chose to show growth, love and hopefulness in the face of almost hopeless odds.''
------------------------
MJ said: ''Thank you so much for this, Dan. The question raises some of the issues I have been grappling with while writing next my cli-fi novel - and crystallizes some of them beautifully. It's a brilliant question - just what we need. Much to ponder on and take to heart. We have responsibilities as writers. It's important to be reminded.''

DT replied: "Both. I'd say most of us feel we have to cling on to hope and give our readers hope. But there already is a lot of pain, and will be much more, and we have to portray that. It's an essential part of the drama in storytelling after all but also reflects the reality that we, as a species, have already left it too late to make the necessary changes. We were warned 30 years ago about what we needed to do, and have done very little of it.''

So readers and following of this blogpost page: answer me this: at your leisure, no hurry:

Posted by DANIELBLOOM at 8:53 PM