#wordaversion - Why some words rub a small minority of people the wrong way and are called "revolting", "ugly", or "disgusting" for no logical reason: ''hardscrabble,'' ''luggage,'' ''pugilist!'' 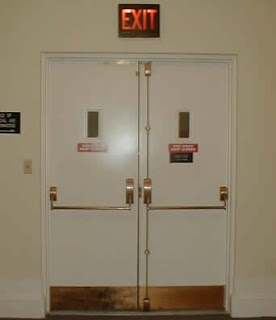 In 2007, a linguistics professor from the University of Pennsylvania, Mark Liberman, wrote about some words that some people don't like in a Language Log post where he was exploring the concept of ''word aversion:, which now in 2016 has a dedicated hashtag on Twitter -- #wordaversion.


So, word aversion. Is this  new thing or an old thing? Have there been any ademic studies or experiments about word aversion, why it occurs and who is occurs amongst the most.

Note that we are NOT talking about the kinds of "word rage" often discussed here, where people get angry at jargon or slang associated with a despised group, or upset because a word or phrase is felt to be incorrectly used, or annoyed at language that they perceive as redundant, or overly complicated, or pretentious, or a cliché, or trendy, or politically incorrect.

Rather, [with word aversion, we have] cases where someone finds a word "revolting", "ugly", "disgusting" in itself.

Sometimes people say that they "hate" certain words, but in many cases it seems less the angry kind of "hate", and more the "cringe", "shudder", "shiver", "gives me the willies" kind.


There is one word that I hate above all others. If I come across it, I must immediately declare my hatred of it to anyone who is there to listen. If there’s no one around, I’ll resort to primal arghing and hit the page where the word resides.
The word is . . . hardscrabble.

I don’t have a logical reason for hating this word. I haven’t had a traumatic experience with it in the past.

Among two reactions from her commenters:

Em T.: My mother hated gut. Would not let us say it, as if it were the worst word in English.Maizie B.: goosepimple


Is there any phrase or word in the English vernacular that just makes your hair stand on end? ... I really hate the word "egg". It feels weird in my mouth.


Professor Liberman added: "Summing up the linguistic side of this [''words-that-give-me-the-willieswillies''] phenomenon, we observe that some people develop a strong aversion to certain words, without any obvious reason. The words in question are not taboo in the culture at large.''

Some background is in order. The phenomenon of ''word aversion'' — seemingly pedestrian, inoffensive words driving some people up the wall — has garnered increasing attention over the past decade or so. In a recent post on Language Log, University of Pennsylvania linguistics professor Mark Liberman defined the concept as “a feeling of intense, irrational distaste for the sound or sight of a particular word or phrase, not because its use is regarded as etymologically or logically or grammatically wrong, nor because it’s felt to be over-used or redundant or trendy or non-standard, but simply because the word itself somehow feels unpleasant or even disgusting [TO THAT [PARTICULAR PERSON' EARS OR EYES].”


(When recently asked about whether he harbored any word aversions, Harvard University cognition and education professor Howard Gardner offered up webinar, noting that these events take too much time to set up, often lack the requisite organization, and usually result in “a singularly unpleasant experience.”

All true, of course, but that sort of antipathy is not what word aversion is all about.
Word aversion is marked by strong reactions triggered by the sound, sight, and sometimes even the thought of certain words, according to Liberman.

“Not to the things that they refer to, but to the word itself,” he adds. “The feelings involved seem to be something like disgust.”
[ Participants on various message boards and online forums have noted serious aversions to, for instance, squab, cornucopia, , navel, brainchild, crud, slacks, crevice, and fudge, among numerous others. ]

Jason Riggle, a professor in the department of linguistics at the University of Chicago, says word aversions are similar to phobias. “If there is a single central hallmark to this, it’s probably that it’s a more visceral response," he said.  “If we collected enough of [these words], it might be the case that the words that fall in this category have some properties in common,” he says.

So what's it all about? Some terms or phrases or single words seem to make SOME people very ANGRY and HATEFUL and NAME-CALLING negative negatories, but why? What's gets them so riled up over a five letter word or a ten letter phrase or a hypenated coinage that's new and unexpected to their ears?

Some of the comments this blog has heard from people who hate some words:

"It's the fugugliest combination of letters I have ever seen. I hate it!" -- N.H.

Posted by DANIELBLOOM at 2:12 AM

The reputed "aversion" to words might be one of these cases where an emotion is reinforced through its very declaration. It might even qualify as a sort of a speech act in situations like: "I hate you! I hate you! I /'fʌkɪŋ/ hate you!". The word-hate probably doesn't reach such extremes, but this reinforcement-through-verbalization might be another factor in the formation/spread of negative emotions towards some word or other, whatever the initial trigger.