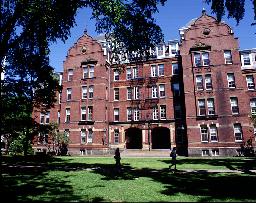 Vanderbilt literature professor Teresa Goddu bringing "cli-fi" genre into focus for her students via the classroom and invited guests novelists such as Nathaniel Rich and others.

Professor advances ''cli-fi'' in the classroom


....Dr. Goddu has stepped down as Director of American Studies and has returned to the English department, shifting her attention to the emerging field of environmental humanities.

“Environmental humanities encourage interdisciplinary thinking about environmental and sustainability issues in terms of culture and society, instead of just science,” she explains.

DR. GODDU VOWS NOT TO TEACH ANY COURSES NOT ENVIRONMENTALLY THEMED
Equipped with these stirring ideas, Dr. Goddu has vowed that she is “not going to teach any more courses that are not environmentally themed,” a promise that further demonstrates her sense of urgency and commitment to these critical issues.

This Spring 2016 semester’s course is entitled “The Coming Storm: Contemporary Cli-fi Novels and Movies" This genre, still in its infancy, is emerging predominantly within the realm of social media.
Climate fiction, or “cli-fi,” deals with climate change and society’s potential responses to it, both now and in the future.

“Cli-fi is fascinating because it provides a medium for viewing contemporary culture’s thinking about the environment,” the professor says.

Notes from a supporter of cli fi:

I like "climate fiction" as a separate category of fiction entirely. I don't think it works as a sub-genre of sci-fi. Cli-fi can have roots in sci-fi, of course, but also in thrillers and literary fiction. Right now there's a fuzziness about cli-fi, though the term is clearly gaining traction. But I also think sales will dictate whether cli-fi gains a sharper profile.

Destruction of the human species is the dominant theme of cli-fi. Related to that, naturally (yes, pun intended), is the destruction of the environment in which we, as a species, have flourished. From there, authors take it to various fictional domains?dystopia, apocalypse, post-apocalypse. I haven't seen much cli-fi emphasizing adaption.

I'm hard-pressed to name the leading authors of cli-fi. While I've certainly read a fair number of them, I read far more literary fiction than anything else, so of course Margaret Atwood's work comes to mind right away. Ditto, Barbara Kingsolver.

I'm not sure we're going to see bookstores in ten years, so hazarding a guess about a "shelf" for cli-fi should be seen metaphorically. While I'd like to see a clear category of cli-fi, I'm not too sanguine about that. I think cli-fi takes on a subject that is deeply uncomfortable for people, who are caught in a classic case of cognitive dissonance: Those who accept climate change and are knowledgeable about it recognize that it calls for wholesale changes in their lifestyles, which most?to judge by the record?cannot accept. So what do they do? They turn away from dealing with it as much as possible, and that, alas, includes reading about the subject. For those who view reading fiction as an escape, cli-fi provides little comfort.

Already, Goodreads, Smashwords, and Amazon recognize the genre. Media such as The New Yorker, NPR, The Guardian, and The Christian Science Monitor have recently reported the new genre.

I think cli-fi has the potential to sway popular views about the looming disaster, but I don't believe that's likely to happen unless literary efforts are adapted to film or television. I think the more adventuresome TV that we've been watching for the past decade would be the best medium for reaching and, perhaps, even convincing large numbers of people.

Posted by DANIELBLOOM at 8:52 PM