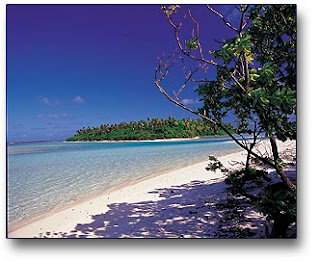 FLORIDA in 2048?
*** Tip of the hat and a big thanks for Robert LoPresti at the Cli-fi (in the ) Academy fFacebook group for introducing this blogger to Jay Carey. We found her online in New Jersey and after the long Easter weekend, we managed to do a short Q and A here:
[NOTE TO READERS] -- Jay Carey's writes mystery stories for the Alfred Hitchcock Mystery Magazine which features the a Sarasota, Florida, police detective named Eureka Kilburn who "keeps the peace in torrid times."]
QUESTION: When did you first hear of the cli-fi term? from the NPR broadcast in 2013 or the New Yorker blog in 2013 by Carolyn Kormann? Or where or when?
JAY CAREY: I first heard the term cli-fi on the internet – who knows where or when.  It may very well have been something you wrote, Dan.  I've been reading about climate change pretty intensively since 2007, and I've always been interested in seeing what other people are doing.  The term eventually gained some traction, I noticed.  I read at least one article in the New York Times about it, and I now noticed that you started a discussion on the topic there at the Room for Debate forum in July 2014.  I had not read the very interesting Carolyn Kormann piece on the New Yorker website until you mentioned it.  As soon as I finished it, I ordered a copy of ''I'M WITH THE BEARS.''
Q. Is there a cli fi novel in your soon to be published in future days? Working on it now perhaps?
JAY CAREY:  I just finished a cli-fi mystery novel called ''WE'LL THINK ABOUT THAT IN HELL.''  [Dan Bloom adds: It is as yet published and her literary agent is shopping it around to publishers at this very moment.] It features the same Sarasota, Florida, police detective as the stories:  Det. Eureka Kilburn who "keeps the peace in torrid times," as Alfred Hitchcock Mystery Magazine puts it.  After a sulfur gas asphyxiates a couple of people at a landfill, a televangelist comes to town claiming that Florida's climate problems are part of End Times.  The sun burning up the earth, sea salt destroying it, and creatures dying off of it were all predicted by the Bible.  Then someone kills the man's wife.

Q. You said   ''I'm surprised that anyone writes anything else'', meaning anything other than cli-fi stories or novels when I asked about your feelings about writing cli-fi.  What did you mean by that?

JAY CAREY:  Climate change is the single most significant and riveting issue of the day.  "We're already dead, and we don't know it" sounds like a tagline for a mystery or maybe a zombie movie, but it is also a good description for what is happening right now.  Trying to make this real to people seems to be the most exciting challenge there is.  There are other problems in the world, for sure, but they are more visible.  Changes in the climate will fundamentally alter if not destroy the world and its inhabitants, yet they appear so diffuse they don't fully register.  It is really really hard to capture climate change in fiction but I think it may be one of the best ways to communicate it.  The concentration required by the act of imagining something is persuasive in itself.

QUESTION: Why don't you want anyone to confuse your mystery stories with ''science fiction''?

I also think "tomorrow's realism" (or cli-fi) is a better description of my work than science fiction.  It is extremely realistic, it is just a little ahead of time.  Det. Kilburn's world is a very recognizably ruined one.

Q. The stories are set in the year 2048 in Sarasota, Florida, when climate change has redrawn the landscape and it is a whole new hot world. WHY DID YOU CHOOSE THAT YEAR AND NOT SAY 2025 or 2124?

JAY CAREY:   I tried to choose a time when the alterations to the climate were plausibly severe, but weren't so far in the future that technological changes would distract from climate-related problems.  I was originally going to use 2040, but back stories kept causing problems.  I like 2048 because it is a sort of play on 1984.


QUESTION:   Does the detectve's name have any symbolic meaning or just fun?

JAY CAREY:   Eureka is obviously the perfect first name for the heroine of a mystery.  Kilburn was the last name of someone I knew of in my childhood, which makes it real in a primal way for me.  It is also a suburb of London that has the sort of very diverse population that will characterize Sarasota, Florida, in the year 2048.

PreviousPauseNext
3 of 4
English professor Ken Hiltner’s new course, “The Rhetoric of Climate Change,” studies the climate change debate by analyzing popular narratives on all sides of the argument.
Photo Credit: