Freelance journalist interview re ''the rise of the 'cli fi' buzzword'' 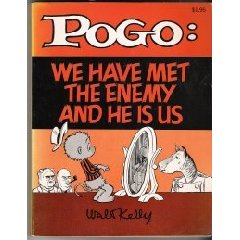 Interview took place on or about July 4, 2015
Full interview

FREELANCER: When and why did you first define climate fiction as a distinct genre?

Actually I never defined or even tried to define a new genre. I merely wanted to create a media term for headline use by copy editors to use as a short, catchy rhyming sound byte to stand apart the longer, boring phrase of "climate fiction." I did not create a new genre. I merely wanted to coin a eye-catching buzzword for as a media tool to raise awareness about global warming. I'm a media worker, not a literary theorist. I am first and foremost a climate activist. I created the five letter cli fi term in 2008 as part of a movie pitch i was trying to sell to hollywood. So to try to catch eyeballs with my initial press release i coined the cli fi term to put into the headline.

By the way,
Wired reporter Scott Thill co-coined the cli-fi term on his own, separately and independently from me, in two articles he wrote for Wired in 2009 and 2010. We never knew of each other until after the NPR story came out in April of 2013!

Later in 2011 i bookpackaged a cli fi novel by a tulsa novelist..."polar city red" by jim laughter....and i began promoting his book on twitter by calling it "a cli fi thriller"....i never used the phrase climate fiction which i loathe. I have always used the cli fi coinage as a pr tool.

Margaret atwood retweeted one of my cli fi tweets in 2011 and with her 500,000 followers the term began to catch on among book reviewers and headline writers . And slowly over time and repeated media word the cli fi term began to be seen as a new literary genre. It all happened organically via social media at first.

Now there's even a #clifi hashtag created by a british pr woman -- Lisa Devaney -- and it was HER idea. Thanks Lisa!

FREELANCER: Have you observed any instances where a cli-fi story inspired action from readers/viewers or fundamentally changed their perspectives?

No. It's my hope that cli fi movies and novels will inspire readers and lead to actions or fundamental changes in their perspectives but i have not seen that happen yet. I dont think novels or movies have that kind of power anymore. We live in a distracted world with too many entertainment channels. We have become intellectual zombies with little concern for the future of our planet. People could care less.
We live in a morally bankrupt world now. Nobody is listening to pope francis about his climate change concerns. We are the "who cares?" Generation. It's quite tragic and sad to me.

FREELANCER: Why do you think cli-fi is suddenly receiving so much attention when writers have been publishing stories in the genre for at least five years?

Because of the media using cli fi in headlines ...from the new york times to salon to grist to vice to the uk guardian and time magazine..
the cli fi term is in the air more and more . Cli fi is the buzzword post-sci-fi conciousness. Cli fi is replacing sci fi. Cli fi is not your grandfathers sci fi. Literary tastes have shifted. Sci fi is dying, cli fi is rising. It's in the air.
Similarly, why of you think fictional cli-fi stories gaining such popularity when so many people remain disdainful of authentic climate science?Actually i believe that in fact most people do get it and realize the scientists are right about future global warming impacts. I dont listen to the polls. They are not accurate. Most people embrace climate science now. But they dont know how to take action.

FREELANCER:  Which do you consider the most influential cli-fi stories to date?

Barbara kingsolver's "flight behavior". And a new cli fi movie from the philippines titled "taklub" about supertyphoon haiyan in 2013 that killed 7000 people. Its a feature movie not a documentary. Everyone needs to see it, especially hollywood screenwriters. It screened at cannes film festival to rave reviews. We need to look beyond usa borders too. America is not the center of the world.

FREELANCER: : As you continue to promote the genre, what are your hopes for its evolution and expansion?

I hope the nevil shute of cli fi novels and movies will arise soon , male or female. We need an " on the beach" .....from 1957 ! ... of climate change literature and cinema . I am looking for that person now. Thats my only goal.

FREELANCER:: What themes/ideas would you most like to see cli-fi explore?

Stories that help prepare readers and viewers for the very real global warming impact events that are sure to come over the next 30 generations. Entertaining reading, yes, but at the same time not afraid to face the very real existential threat the human species is facing in the next 500 years. It's "face the truth" time. Cli fi writers can help wake up this sleepwalking world.

FREELANCER::  Any additional remarks or concluding thoughts you have on this topic?

I am curating an annual "cli fi movie awards" event online now, this is our second year. To recognize and spotlight cli fi movies worldwide . The awards have been dubbed "the CLIFFIES". THERE are ten categories for 2015 . 2014 was our first year. Link