Cli-Fi as an instrument of global alarm 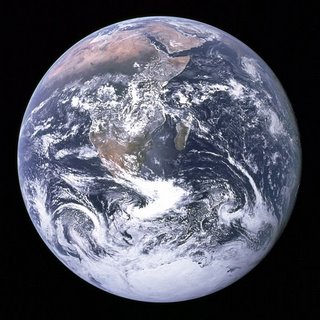 In a recent address to the Global Landscape Orientation Forum’s digital climate change conference, cli-fi historian and promoter Dan Bloom called for cli-fi genre to be recognized as an instrument of global alarm.
What form might this recognition take? We don’t know yet, but Bloom offers a small clue in his address.
Quoting Australian novelist Alexis Wright, Bloom offered this: "Storytellers and writers will need to dream big and will need endless courage, skill and dedication, she says. They will become more powerful by becoming tellers of "the universal local" who can focus not only on their own stories but on the realities of millions of people in a rapidly changing world."
"We will need the bravest of writers who will work the craft of writing to the bone," according to Wright. As she acknowledges, Bloom adds, it’s a mammoth task. Perhaps writers have never been so challenged. But the tone of Wright’s remarks were is optimistic and inspiring. Part white and part Aboriginal, Wright believes that writers can create new epics and new sagas, contribute to new ways of understanding what lies ahead, and that their literature can be a powerful instrument of persuasion.

With cli-fi, Bloom is calling for a new way of imagining the future in both novels and movies. For the planet’s sake, I hope literary critics and writers hear him.
Posted by DANIELBLOOM at 11:07 PM