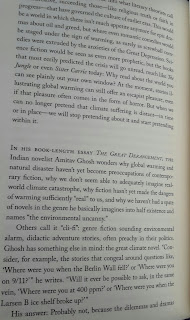 UPDATE: Benjamin Wallace-Wells, veteran journalist at the New Yorker magazine, brother of David at New York Magazine, tweeted this tweet the other day on his Twitter feed:

"My brother's new fame, hilariously, means someone prepared an explainer about our hyphenated last name (shout-out to Mainstockheim!)"
https://t.co/Gy4vMB2BN0

David Wallace-Wells on climate: 'People should be scared – I'm scared'

The Guardian-2019年2月3日
David Wallace-Wells: That is one of the intentions. My hope is first of all to tell the story as I see it. That has a couple of components. One is to ...

​Some people wanted to know more about the family backgorund, and so here's some background info online. Once I found their father Henry Wells, the family history fell into place. I found a paid obituary notice from the New York Times for their maternal grandfather Bert Wallace (born as Berthold Wallach in 1915 in Germany).  He changed his name to Wallace when her came to the USA in 1939.

Their mother Vivian Wallace born in 1945 married Henry Wells, born in 1938, so when the boys were born, they were given the surnames of both of their parents in a tradition that caught on in America in the 1960s and 1970s. So the boys grew up with a hyphenated last name and it stayed with them, although their parents kept their own surnames, Wallace and Wells, without combining them after marriage.

Their mother's grandfather Bert Wallace was born in 1915 in Flieden, Germany and fled Nazi Germany in 1939, settling first in Queens, New York and then in Uniondale, Long Island, New York. Their grandmother, Bert's wife, was born as Carol Lomnitz in Mainstockheim, Germany. And David's middle name is Lomnitz in honor of his maternal grandmother.

The paid obituary notice online now in the New York Times archives states that Vivan Wallace's father, Bert H. Wallace (born with the name of Berthold Wallach) was born to Baruch and Recha Wallach in Germany in 1915 and that he fled Nazi Germany in 1939, coming to America and settling first in Queens and later in Uniondale, Long Island. His wife was Carol Lomnitz, also born in Germany, the obit related, and noted that Mr Wallace who died in 2005 was survived by his daughter Vivian Wallace and her husband Henry...and his grandchildren ...Benjamin and David.

DANIELBLOOM said...
Ben Wallace-Wells, veteran journalist at the New Yorker magazine, brother of David at New York Magazine, tweeted this tweet the other day on his Twitter feed:

"My brother's new fame, hilariously, means someone prepared an explainer about our hyphenated last name (shout-out to Mainstockheim!)"