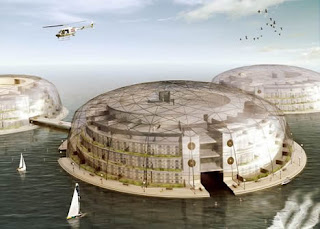 Reading PR operative Danny Bloom's recent op-ed in the "PR For People" website, I couldn't help but knock on wood about the positive and instructive way he mixes being an old-fashioned  man of letters with being a very modern (and worried) climate alarmist.

I mean, how does he do it, juggling the call for the inspired creation of novels and Hollywood movies about climate change issues large and small with the down to earth (no pun intended) task of writing and sending out hundreds of press releases every year to busy magazine and newspaper editors and literary critics already working overtime and inundated with online power pitches at all hours of the day?

This guy's  birth certificate says he's 70, but I don't believe it for one minute! He's got the energy and determination of a man half that age. Maybe 70 *is* the new 35.

I mean how does he break through the noise, the 24/7 distractions of cute cat videos and Drudge Report gossip about the rich and powerful nobodies of the media ghost world?

Given what he wrote in that recent op-ed (see post here for full text) Bloom doesn't really ever break through the noise and distractions that surround us all in our daily lives. He doesn't break through, rather he does end run after end run around the overworked gatekeepers who control the media and barrels on through with a unique blend of compassion for the future and a vast reservoir of anxiety over where humankind is headed.

This is not normal PR and Bloom doesn't run a normal PR operation. He doesn't even hang a shingle outside his kitchen table office.

He's so ridiculously unprofessional, it shows. His press releases are something to behold: spelling errors in almost every paragraph, line breaks in the layout that don't make sense or add up, and a seemingly total lack of awareness about how to present himself to strangers -- and yet somehow he breaks on through to the other side and since 2011 has helped to create a totally new literary and film genre that he promotes as cli-fi.

This is one PR genius.

And his determination and perseverance seem to have worked, even against the odds. I mean one doesn't just go out into the world and nonchalantly create a new literary genre where none existed before.

Yet this savvy PR activist of the literary kind has succeeded in helping to turn a simple five-letter term ("cli-fi") into one of the most important literary genres of the 21st Century.
How did he do it ? It appears he did it by not following the rules, by turning his PR pitches upside down and on their heads, and by not taking no for answer even though almost everyone said no to him at first.

Bloom could probably write a PR how-to guide for beginners if he wanted to, but he doesn't seem interested in making money. He seems more interested in making waves, in making a difference.
Has he succeeded? Time will tell whether cli-fi is a passing trend or the real thing, the stuff of litrrature and staying power. My bet is on cli-fi staying front and center, up close and personal, for the next 100 years, at least.

But listen to Bloom explain his unorthodox methods of combining climate activism of the literary kind with a self-taught form of a personal, never give up, public relations strategy. Savvy, if nothing else. Mavenspeak.

Bloom concludes with a question or two: ''Have I done anything useful, worthwhile? I think so. I know so. I will depart this mortal coil a fulfilled and self-made PR gadfly."

''But will any of this make any difference in keeping the approaching Climapocalypse at bay? There's the rub. Who knows?

''Cli-fi certainly can't save the world. Maybe we've impolitely and somewhat arrogantly overstayed our stay in the Anthropocene."

Well, that's Danny Bloom. A real character, a true luftmensch, raised inside a petri dish with no apparent direction at all. But he found his way, eventually.
Posted by DANIELBLOOM at 7:43 PM