An appreciation and a preview by Danny Bloom 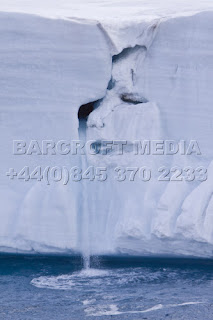 One such cultural ark has already been built and it's a 14-page Christmas story from the pen of Richard Friedman in Cleveland, Ohio.

"I have great news about my new collection of short stories that's now available on Amazon's book ordering site and I wanted you to be one of the first to know," Friedman told me in a recent email. "The Kindle version is for sale now, and the paperback and audiobook should be available soon, too."

He was talking about his new book of 15 short stories titled "A Climate Carol and Other Cli-Fi Stories" that he wrote last year and just published online this month.

In the title story, "A Climate Carol," based very loosely on U.S. President Donald Trump's stubborn and selfish personality and his public denial of climate change, a narcissistic East Coast businessman and billionaire named Wilson Drummond receives a visit on Christmas Eve from three Charles Dickens-like ghosts in a contemporary spin of that timeless classic from the 1840s "A Christmas Carol."

Charles Dickens first published his now famous novella “A Christmas Carol” more than 170 years ago -- in 1843  — and that story has reverberated and resonated worldwide ever since. My prediction is that Friedman's short story will last another 170 years as well.

With the annual holiday season upon us all every November and December worldwide (Thanksgiving, Chanukah, Christmas), a new kind of holiday story titled “A Climate Carol” has been published in 2019 and stands to remain in print for the next 170 years, if not longer. It's that good, and that important. In fact, I would say that this short story is the best and most important climate-themed short story to appear so far in the 21st century and is likely to remain popular over the next 170 Christmases for sure.

When I read it on Kindle a few days ago, I was blown away by both the author’s storytelling skills and the environmental eco-theme of the 14-page cli-fi story.

Let me tell you a few things about this modern Dickensian-style story and how it fits into the world we live in today, where runaway global warming threatens to push human civilization into a dark corner we may never get out from.

However, before I go on, please know that “A Climate Carol” ends on an optimistic note, where ecumenical goodness triumphs over ''Trumpian greed'' and all ends well.

In the story you will meet characters with names like Wilson Drummond (the proverbial '' Trumpian bad guy'' who later later turns over a new leaf and becomes a champion of human kindness), his mother Gurtie Drummond, his limousine driver Sammie Johnson, and his employee Jericho Reese. And the tiny star of the show, his grand-daughter Lily.

You will also meet several important ghost-like characters, one who calls himself the Ghost of Climate Past, another who says they are the Ghost of the Current Climate in the world, and a third ghost who speaks in a chilling voice reminiscent of the horror movie actor Vincent Price and declares that he is the Ghost of Climate Future.

In the end, we learn that the Scrooge-like Trump-like Drummond has mended his insensitive ways and become a better human being. He even later becomes President of the United States and turns out to represent all the is good about America.

And grand-daughter Lily lives to the ripe old age of 93 and looks back with fondness at the strange but redemptive life of her grandfather for the things he later did to protect the environment, save the planet and give back to his workers what he earlier had taken from them: their self-worth.

This little short story will have an annual impact during a special time of the calendar year, the long holiday season of family gatherings and children’s dreams.

Read the title story in Friedman's new book and cherish its happy ending. It won’t change your life, but it will re-charge it.