"What will Earth be like in 2099?" Christian Science Monitor's Green Blog by Judy Lowe asks a good question and features Dan Bloom's 2099 YouTube Vid 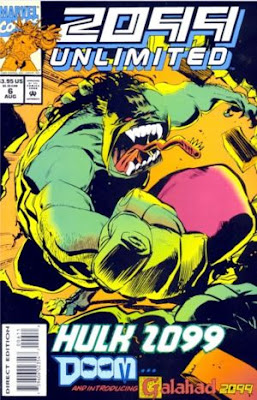 
It’s natural to think about what the world might be like decades from now: What inventions will have radically changed lives, much as personal computers and the Internet have impacted everyone today? What will cars (if we still have them) and houses look like? What sort of clothes and hairstyles will people be wearing? Will space travel finally be common? How will most of us make a living?

And on the environmental front: Will there have been big effects from climate change? (And, if so, will scientists have been able to do anything about them?)

As Danny Bloom, an American environmental activist based in Taiwan, was musing about some of those questions – especially the ones relating to the environment and global warming – he wanted to galvanize young people to do something to make a difference.

So he decided to produce a YouTube video, directed by college junior Aremac Chuang of Taipei, addressed to the graduating class of 2099, a “wake-up call” as he puts it in an interview with the newspaper of his alma mater, Tufts University in Boston.

Although Bloom calls himself an optimist, in the interview he sounds pretty pessimistic on global warming, but expresses hope that humankind can changes its ways:

"I am deeply concerned that by the year 2500, there won’t be a human world anymore. Earth will survive, but humans will be history. … We have about 100 years to change our ways. I think we can do it. But time is running out."

Thus the video, which seems squarely aimed at the Class of 2009. (Will we still be arguing over fossil fuels 90 years from now?)

What interests me about Bloom’s efforts is not the specific proposals themselves, but this idea of looking into the future to try to see what it might hold for the next generations.

So here’s your opportunity to do the same. (Cap and gown and YouTube not required.) In less than 200 words, tell us what you think Earth will be like in 2099 – and why.

Between now and 2099 we will realize that new technology is not going to save us from destroying the planet, that a fundamental shift in thinking is required. A new understanding that consciousness is the central feature of reality will result in a global devaluation of outdated physical concepts such as distinct boundaries, brute forces, and a reduction of the earth to material resources. We will come to believe that we are coequal with all living things; that all organisms are conscious and purposeful and have the right to exist on their own terms rather than as human commodities. Our interconnectivity with each other and with nature will be obvious to us and be reflected in our assumptions, behaviors, polities, and economies. In short, new concepts about reality, and the ease of spreading them, will render us significantly different in our behavior and values but the earth in 2099 will look very similar to how it is now and that will be our great achievement and monument — the hard-earned preservation and protection of the living earth.

Crowded. Violent. Pretty much the same as it is now. I think we’ll be dealing with the same real problems we deal with today–food, shelter, security. ‘Global Warming’ will be a interesting footnote in history books and science books. Climate will be better understood, though far from fully. They’ll know about the way the climate has ways of moderating itself that even the most brilliant climate scientist were completely unaware of back in 2009. They will understand our worry, but shake their heads at how little we knew. After all, they’ll say, it was a forgone conclusion in the 1960’s that people would colonizing the Moon by the 1990’s. “Oh, only off by a hundred years or so” they’ll chuckle to themselves.

Thanks for posting this video. And yes, aside from whether one agrees
with my ideas or not, it is important to look "into the future to try
to see what it might hold for the next generations."

I have enjoyed reading the above comments, in response to your
invitation, re "In less than 200 words, tell us what you think Earth
will be like in 2099 – and why."

I created the video in order to keep the discussion going, not to come
to any specific conclusions. Nobody knows how the future will unfold.
But we need to be prepared and we need to think about it.

One thing I think that might happen by 2099 is that governments around
the world will be actively talking about and planning for future
"polar cities" to house survivors of global warming's devastating
impact events, say, around 2500 A.D. -- google the term polar cities
to see what they might look like.
Posted by DANIELBLOOM at 9:49 PM

Earth's days will be numbered by 2099,(trust me!).. Hopefully,sooner or later than 2099,Christ will return from the heavens,back to earth..He'll fight and defeat the Anti Christ,and rule the world for 40 years,,during his era,,earth would be a tension free planet full of love,peace and harmony,,when he'll die,,there wont be much time remaining,,love and peace will again be replaced 10 folds by the bad things we c today,,in many parts of the world,people would roam nude,,and perform bad deeds fearlessly on streets,,technology may be,would be at its peak,but no soul would remember God and evil would be almost every where.,there would be no government except for the bad,,there would be no saviour for the oppressed.. this would be the time when dooms day will be so close like the distance is between our index finger and the middle finger,,maybe a century or two later,everything will be destroyed! and then the day of resurrection will arrive when all will be presented in front of God!

AB, thanks for your comments. But you are sadly mistaken. There is no God, no gods, Jesus was a fake Jewish messiah, and all your beliefs are garbaeg. 2099 will be like any other year. grow up sir

Uber-Bro of the Unborn said...

people like you who call Jesus a fake need to grow up. Christ is this world's only hope!!