"The Water Knife" cuts like a knife: ''You want a drought? I'll give you a drought!'' 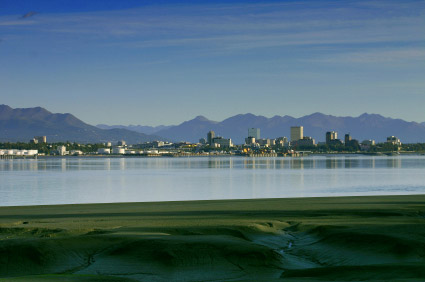 Paolo Bacigalupi writes environmentally-themed
sci fi novels for a living from his home in rural Colorado, and his
latest novel, "The Water Knife" is due for wide release in May. And
already people are talking about it, since the author's fans are
legion and anticipation is high for what this new novel will augur.


In his 40s now, Bacigalupi is a 5th generation Italian-American on his
father's side. He writes like few people can write today, prose that
sings, ideas that flow, musings that ponder who we are and what we are
doing on this planet Earth.

"The Water Knife" is set in the near future, and it's about "water
wars" between two major American cities: Las Vegas and Phoenix. The
title comes from the starring role that so-called "water knives" play
in the climate-themed story.

As Bacigalupi frames it in the drama that
unfolds, "water knives" are eco-terrorists, hired thugs who become
major players in this imagned water war for. yes. safe drinking water.

At a recent appearance at an American Library Association convention
in Chicago, Bacigalupi told his audience in introducing his new
novel's themes: "You want a drought? I'll give
you a drought!"

And that's what "The Water Knife" is all about: a future drought that
impacts Western states. Sound familiar? This book has legs and it is sure
to make a major impact of its own upon publication in May.


In a recent interview with Sarah Grant at Booklist magazine,
Bacigalupi was asked the usual ''what's your new novel about"
questions, and in the middle of it all, she popped the question that
had me almost falling off my chair: "Have you
heard the term Cli-Fi?"

Paolo didn't miss a beat and answered quickly, according to the transcript
online: "I've heard the phrase, yes."

Since as an independent climate activist and PR person, I am
very interested in how the relatively new cli-fi term is being
received by writers and readers around the world, I was of course
excited to hear the celebrated sci-fi author talking about cli-fi,
even with his initial "I've heard about it, yes" response.

Ms. Grant then popped the big question: "Is it helpful or silly to
pigeonhole literature
that deals with climate change in this way?"

I was excited to see what Paolo was going to say in answer to that question,
so I turned my eyes down the page to the next line and found my answer
right away.

"It's a weird thing," he said. "Does the term Cli-fi make this more
meaningful and accessible for somebody to pick up? Or does that mean
it's actually, 'Oh, I don't believe in climate fiction, therefore, I'm
not going to pick up this text?'"

And to top things off, he added: "Honestly, I think there's something a
little silly about saying that there's genre of literature called cli-fi.''


So there you have it. With news stories about the rise of cli-fi on
major media platforms worldwide -- from the New York Times to the
Guardian in Britain, and from TeleRead to Slate to Motherboard -- Paolo
Bacigalupi still doesn't know if it's worth talking about cli-fi as a
genre, or a motif, or a meme -- or even as what former Wired reporter
Scott Thill called ''a cultural prism" in a recent Huffington Post
column headlined "Cli-Fi Is Real."

And that's okay. He's a novelist, not a PR guy.
As a writer, Paolo doesn't have to like cli-fi and he doesn't have
to use it, either. He writes powerful sci fi novels and more power to
him.

''Windup Girl'' was a major genre hit, and I am sure "The Water
Knife" is going to go mainstream with an even bigger impact.

So the questions will go on, and I for one am enjoying the discussions
worldwide on this, from literary critics and book reviewers to climate
scientists and media bloggers.

When I asked one media observer about the recent cli-fi related
Bacigalupi interview with Booklist, I got this response by email: "I
think it's obvious that Paolo believes in climate change and regards
his books as addressing environmental issues, as he suggests all books
should address our changing world, else they be historical fiction.
It's the term itself which [he seems to be most] curious about. How
does it work? How is it used in either publishing or media?"

I think those are good questions, too, and only the future will tell.

An ominous vision of the future.