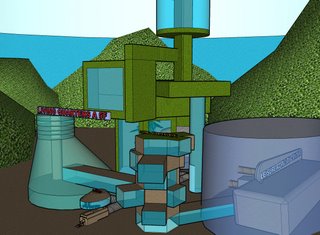 Cli-fi is not just a short, easy-to-remember term for newspaper headlines and book review sections. It's also becoming a hot word among academics worldwide, and not just in the English language.
Professors and researchers are writing academic papers by the climate refugee boatland now about the rise of the cli fi genre, with one academic even calling it "the mushrooming genre of cli fi." Academic journals are now publishing papers on cli fi and calling for more papers in the future via CFP tweets and bulletins. CFP stands for ''Call For Papers.''

Among academic media preparing a major news story about cli fi is the Chronicle of Higher Education in Washington, .DC., where a very good and thorough piece of reporting on cli fi in academia is in the making.

Universities around the world are following the cli fi meme now, too, from Monash University in Australia to UCLA and Tufts in America and McGill in Canada and Oxford in the UK. Academics writing in Danish, French, German, Italian, Spanish, Chinese and Hebrew are also purusing the meme in academic papers and journals.

Cli fi has jumped the shark. It's everywhere now.

The academic community that focuses on eco-criticism and
environmental literature -- with
the participation of top academics worldwide, film studies people,
literature experts-- from Jon Christensen at UCLA to
Stepheanie LeMenager at University of Oregon to Asher Minn and Rowland Hughes in the UK -- cli-fi has come to academia and there is astory here.
Last November, Canadian novelist Margaret Atwood delivered a keynote speech at Arizona State University, where professor Ed Finn coordinat the well-attended event.
In Australia, David Holmes, Kate
Rigby and Andrew Milner have been seriously looking into the cli-fi genre.

In May,
the Universtiy of Virgina Press in America will publish a major academic work titled "Anthropocne Fictions," by independent academic Adam Trexler, who uses the nonfiction book to study 150 cli-fi novels of the past 100 years.
In addition, a new website called "The Cli-Fi Report" serves as a link farm for academic articles around the world and is accessible at cli-fi.net.
------------------
The  ''Cli-Fi Report" for adademics and researchers around the world (http://cli-fi.net).
Posted by DANIELBLOOM at 8:20 PM