Will the Wall Street Journal Ever Report on Polar Cities? 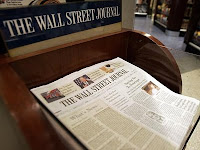 Not in this lifetime.
Posted by DANIELBLOOM at 7:19 PM

anything is possible with money and hard work.

I AM 19 AND WILL NOT BE A PART OF THE GENERATION THAT DID NOTHING SO THAT MY GRANDCHILDREN WILL SUFFER, ASKING WHY WE DID NOTHING!"

— Posted by Paul on DOT EARTH!

Writes Trinifar: re a very strongly worded END OF CIVLIZATION IN 30 YEARS essay he read online:

"I'm not so naive as to not recognize a "cry for help" or "can't you
see what might happen" narrative which is what this essay by Ken Whiteside is and what I wish
John Feeney had labeled as such. It makes Danny Bloom look like a sage with
his polar cities meme. (Apologies to Danny, who I think knows what he
is doing.)"

[Yes, danny knows what he is doing. - Editor]

"Danny, have you seen the new figures for the amount of cars that are going into China and India......it's alarming, America is now only using up 1% of new cars, India alone is eating up 40%.....china is probably the other 40% and that leaves 19% for the rest of the world......so I heard on the BBC news early this morning......"