6 Things You Must Do! 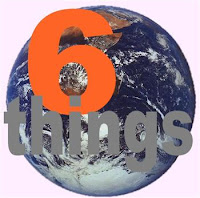 Keith Farnish in the UK has a very good article online here:
Posted by DANIELBLOOM at 6:17 PM

Currently, the principal market for the Green Freedom production concept is fuel for vehicles and aircraft.

At the heart of the technology is a new process for extracting carbon dioxide from the atmosphere and making it available for fuel production using a new form of electrochemical separation. By integrating this electrochemical process with existing technology, researchers have developed a new, practical approach to producing fuels and organic chemicals that permits continued use of existing industrial and transportation infrastructure. Fuel production is driven by carbon-neutral power.

"Our concept enhances U.S. energy and material security by reducing dependence on imported oil. Initial system and economic analyses indicate that the prices of Green Freedom commodities would be either comparable to the current market or competitive with those of other carbon-neutral, alternative technologies currently being considered," said F. Jeffrey Martin of the Laboratory's Decisions Applications Division, principal investigator on the project.

Martin will be presenting a talk on the subject at the Alternative Energy NOW conference in Lake Buena Vista, Florida, February 20, 2008.

In addition to the new electrochemical separation process, the Green Freedom system can use existing cooling towers, such as those of nuclear power plants, with carbon-capture equipment that eliminates the need for additional structures to process large volumes of air. The primary environmental impact of the production facility is limited to the footprint of the plant. It uses non-hazardous materials for its feed and operation and has a small waste stream volume. In addition, unlike large-scale biofuel concepts, the Green Freedom system does not add pressure to agricultural capacity or use large tracts of land or farming resources for production.

The concept's viability has been reviewed and verified by both industrial and semi-independent Los Alamos National Laboratory technical reviews. The next phase will demonstrate the new electrochemical process to prove the ability of the system to both capture carbon dioxide and pull it back out of solution. An industrial partnership consortium will be formed to commercialize the Green Freedom concept.

Los Alamos National Laboratory is a multidisciplinary research institution engaged in strategic science on behalf of national security. The Laboratory is operated by a team composed of Bechtel National, the University of California, BWX Technologies, and Washington Group International for the Department of Energy's National Nuclear Security Administration.