AND I TOOK THE ROAD LESS TRAVELLED... 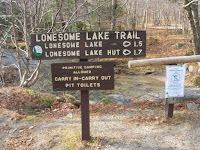 Posted by DANIELBLOOM at 5:27 PM

''As I read through these diverse and often excellent posts, it seems clear that we are not yet on the verge of slowing, let alone reversing, the buildup of CO2, CH4, and other greenhouse gases in our atmosphere. As Jane Jacobs reminds us, “A culture is a vast and obdurate entity, difficult to divert from a mistaken course upon which it has set.”

Anyone who has read this blog for long knows that there is not agreement among writers here, let alone within the broader U.S. and global societies, about any of the following points:

1. Earth’s atmosphere is getting warmer.

2. Humans have contributed to global warming by burning fossil fuels (CO2) and increasing herds of cattle and other ruminants (CH4).

3. Global warming is a threat to future generations, especially to poor folks who live near the sea.

5. Human population growth is a serious problem and must be considered one of the causes of global climate change.

6. We must act, preferably soon, to slow and reverse our greenhouse gas emissions.

It is difficult to tell whether it is simple ignorance, delusion, denial, self-interest, or some combination of these that leaves so many people defending so many different positions. However, it seems to me that Jane Jacobs is right. Once embarked upon a particular lifestyle, humans are reluctant to make changes, especially if they will produce immediate costs and only long-term benefits. Our modern economic system, and perhaps the basic thinking of most humans, seems in agreement with John Maynard Keynes’s observation that “In the long run we’re all dead.”

Are there suggestions for how we can come closer to getting agreement on some of the above statements or on similar ones? Much of what we seem to have now is not dialogue but monologue–people often talking past one another.

Andy, do you have some ideas about how better to focus attention on some specific concerns here? On how to sort at least some of the wheat from the chaff? On how to raise the level of dialogue?

Are we as a species just going to continue to muddle through from age to age without the capacity, despite our intelligence, to create a sustainable niche for humans on planet Earth?''

[BLOG ED NOTE: Probably. Likely. Yes. That's why we need to start thinking seriously about polar cities as an adaptation strategy for the far distant future....]]