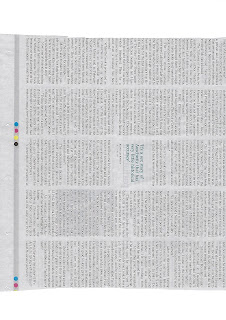 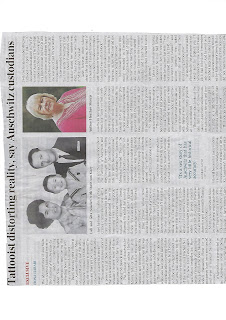 The administrators of Auschwitz have warned historical errors in The Tattooist of Auschwitz are distorting wider understanding about Nazi Germany’s biggest concentration camp, saying the best-selling book is “almost without any value as a document”.
Pawel Sawicki, press officer at the Auschwitz-Birkenau Memorial and Museum, said that while there was no issue with fictionalising the Holocaust in general, “in this case there are too many inaccuracies that in a way distorted the image of Auschwitz as it was”.
“Its mixture of the true story of a person and all those mistakes that are around it are problematic because I believe most of those ­inaccuracies could have been avoided,” Mr Sawicki said.

Posted by DANIELBLOOM at 7:42 PM