DROUGHTLANDIA - a new buzzword for the West and Midwest (and the world!) 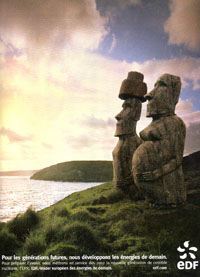 When climate change causes Californians to migrate north to Oregon and Washington.
By Jeremy Miller


[ABOUT Jeremy Miller who is a contributing editor for High Country News, and his stories have appeared in numerous publications including Harper's, Orion, Men's Journal, Earth Island Journal, The Boston Globe and The San Francisco Chronicle Sunday Magazine.

Jeremy currently lives in the East Bay of SAN FRANCISCO with his wife, Emma, and children, Deirdre and Owen.

Jeremy is a recent transplant to the Bay Area, but has written on western water, energy and environmental issues for several years. His articles have appeared in several publications including Harper’s, Orion, High Country News, The San Francisco Chronicle Sunday Magazine, The New York Times Green Inc. blog and The Boston Globe.

In 2011, he was a media fellow at Stanford University’s Bill Lane Center for the American West. A year earlier, he was a fellow with the Middlebury Fellowships in Environmental Journalism. Before jumping into journalism full-time, Jeremy was a high school biology teacher in New York City.]


Farther north, in British Columbia, Giles Slade maintains that environmental and economic collapse are part of the same phenomenon. “The social issues tend to blind us to what the ecological issues are,” he says. “But the ecological issues are right down there at bedrock.”
He says there will be a point — even in wealthy and politically stable countries such as the U.S. and Canada — where the costs of climate change become so large that staying put is no longer an option. “People will leave rather than spend all that money,” he says, referring to the kinds of extreme climate interventions, such as geoengineering, that are now being considered. The idea of heading north in response to crisis also has a pedigree in the U.S., Slade says, pointing to the thousands of Americans who fled to Canada in the 1960s and ’70s to escape the Vietnam draft.
By the banks of the Fraser River, he produces a floodplain map of Richmond, and another map showing huge swaths of the city, particularly in low-lying areas along the region’s vast delta, inundated by projected sea level rise. By most accounts, Canada will be beset with many of the same problems facing the northwestern U.S., including megafires, pest outbreaks, melting permafrost, and coastal flooding. “The Northwest might be a staging area,” he says, “but eventually climate migrations will take us farther north than the 49th parallel.”
But how many of us, and where will we all go? And what of the billions of impoverished people around the globe for whom mass retreat is simply not an option? Slade shakes his head as the gray waters of the Fraser roll slowly by. The answers to those questions, he says, are likely not ones we’d want to hear. For his part, Slade has a climate change stronghold in mind, though he asked me not to disclose it. (Suffice it to say that it is well north of any of the destinations discussed in this article.)
“There’s this sense that we North Americans are immune — and for the most part we have been,” he says. “But our immunity is evaporating.” In the developed world, as climate change bears down on us faster and with greater intensity, our ability to adapt will be challenged as never before, he says.
There will be more Sandys and Katrinas, more extreme droughts and floods. “It’s all coming,” Slade says. “We’d better be prepared.”
Posted by DANIELBLOOM at 7:50 PM