NEW Academic BOOK collection of nonfiction essays published now: ''The promise of cli-fi'' and the politics of climate change

NEW BOOK re ''The promise of cli-fi'' and the politics of global warming:

''Reimagining Climate Change'' is the title

Check out the chapter on Cli-Fi, storytelling and the politics of the global warming debate in a divided fekarkt world!

NEW Academic BOOK collection of non-fiction essays on ''the promise of cli-fi''
http://northwardho.blogspot.tw/2016/02/new-book-published-now-promise-of-cli.html 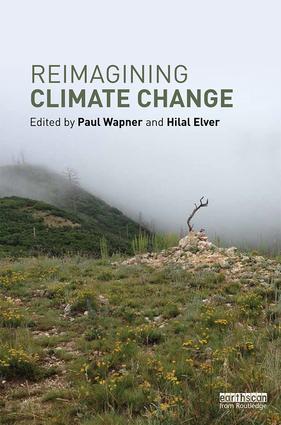 Responding to climate change has become an industry. Governments, corporations, activist groups and others now devote billions of dollars to mitigation and adaptation, and their efforts represent one of the most significant policy measures ever dedicated to a global challenge. Despite its laudatory intent, the response industry, or ‘Climate Inc.’, is failing.
Reimagining Climate Change questions established categories, routines, and practices that presently constitute accepted solutions to tackling climate change and offers alternative routes forward. It does so by unleashing the political imagination.

The chapters grasp the larger arc of collective experience, interpret its meaning for the choices we face, and creatively visualize alternative trajectories that can help us cognitively and emotionally enter into alternative climate futures.

They probe the meaning and effectiveness of climate protection ‘from below’—forms of community and practice that are emerging in various locales around the world and that hold promise for greater collective resonance.

They also question climate protection "from above" in the form of industrial and modernist orientations and examine large-scale agribusinesses, as well as criticize the concept of resilience as it is presently being promoted as a response to climate change.

This book will be of great interest to students and scholars of the emerging literary genre of cli-fi, climate change, global environmental politics, and environmental studies in general, as well as climate activists. Ms. Hilal Elver is a Research Professor, and co-director of the Project on Global Climate Change, Human Security, and Democracy housed at the Orfalea Center for Global & International Studies at the University of California, Santa Barbara. She has a law degree, a Ph.D. from the University of Ankara Law School, and SJD from the UCLA Law School. She started her teaching career at the University of Ankara Faculty of Law. During this period, she was also appointed by the Turkish government as the founding legal advisor of the Ministry of Environment, and the General Director of Women’s Status. In 1994, she was appointed to the United Nations Environment Program (UNEP) Chair in Environmental Diplomacy at the Mediterranean Academy of Diplomatic Studies, University of Malta. Since 1996 she has been teaching at several Universities in the United States and abroad. Throughout her career, she has done extensive work with national and international human rights NGOs.

Her publications have focused mainly on international environmental law, women’s rights and international human rights law. Her book, Peaceful Uses of International Rivers: Case of Euphrates and Tigris Rivers, was published in 2002. Her most recent book, The Headscarf Controversy, Secularism and Freedom of Religion published in 2012 by the Oxford University Press.

She has written numerous chapters in books and articles in academic journals ranging from Global Justice, New Constitutionalism, Secularism, women’s rights, water rights, environmental security, climate change diplomacy and food security. She was appointed Special Rapporteur on the Right to Food by the Human Rights Council in May 20014 and assumed her functions on 2 June 2014.

Posted by DANIELBLOOM at 5:10 PM