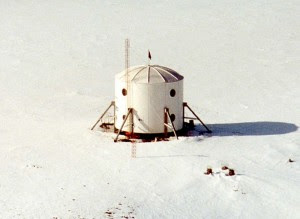 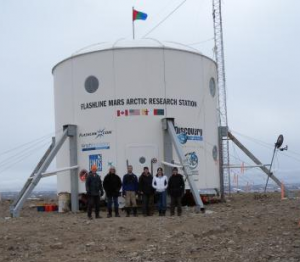 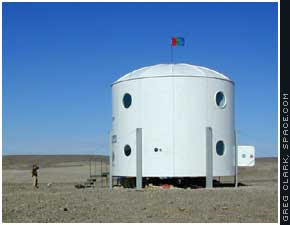 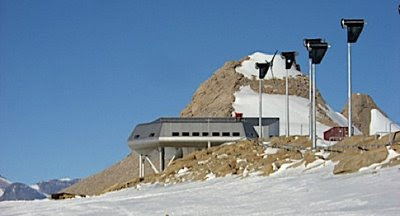 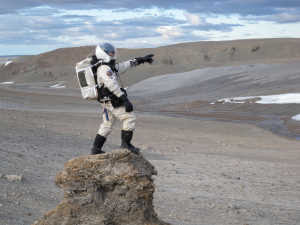 We might not get to Mars, because climate change and global warming are poised to do a double-whammy on the Earth before we get a chance to blast off for parts unknown far far away .....but the current summertime Mars Society residencies -- at a cost of around US$5,000 -- are paving the way for the first Model Polar City residency in the summer of 2012, perhaps on Devon Island as well. Look at the photos. This could be the place where the first Model Polar City experiment goes up.

It might be called Branson-Gates Model Polar City Research Station, Svaalbord, Norway (or Longmont, Colorado -- or Juneau, Alaska) and it might be funded with US$100,000 in seed money from Sir Richard Branson and soon-to-be Sir Bill Gates, with input from Sir James Lovelock in the UK, and with Joey Stanford the chief engineer of the 2012 residency. The scenes might look similar, but instead of mock spacesuits, we will be wearing normal Arctic summer clothing.

The public will be able to follow the mission of the first Model Polar City in the summer of 2012 on a dedicated website as well as through social media outlets such as Facebook, Twitter and YouTube. Regular updates from the field, including nightly reports, pictures and videos will allow others around the world to participate in the polar city mission as events unfold at the remote outpost in the north.

"I am excited by the work before us,” says Danny Bloom, co-founder of the Polar City Research Institute along with Joey Stanford. “Expeditions like this will allow us to appreciate the challenges that await the first residents of future polar cities scattered all across the northern regions in the year 2500, while at the same fueling our passion for life and engaging the human spirit as we face the problems that catastrophic climate change and global warming are going to pitch at us.”

More information about the 2009 FMARS expedition is available at www.fmars.org