'Cli fi' goes to the head of the class - and then some! A conversation with Professor Ted Howell at Temple University 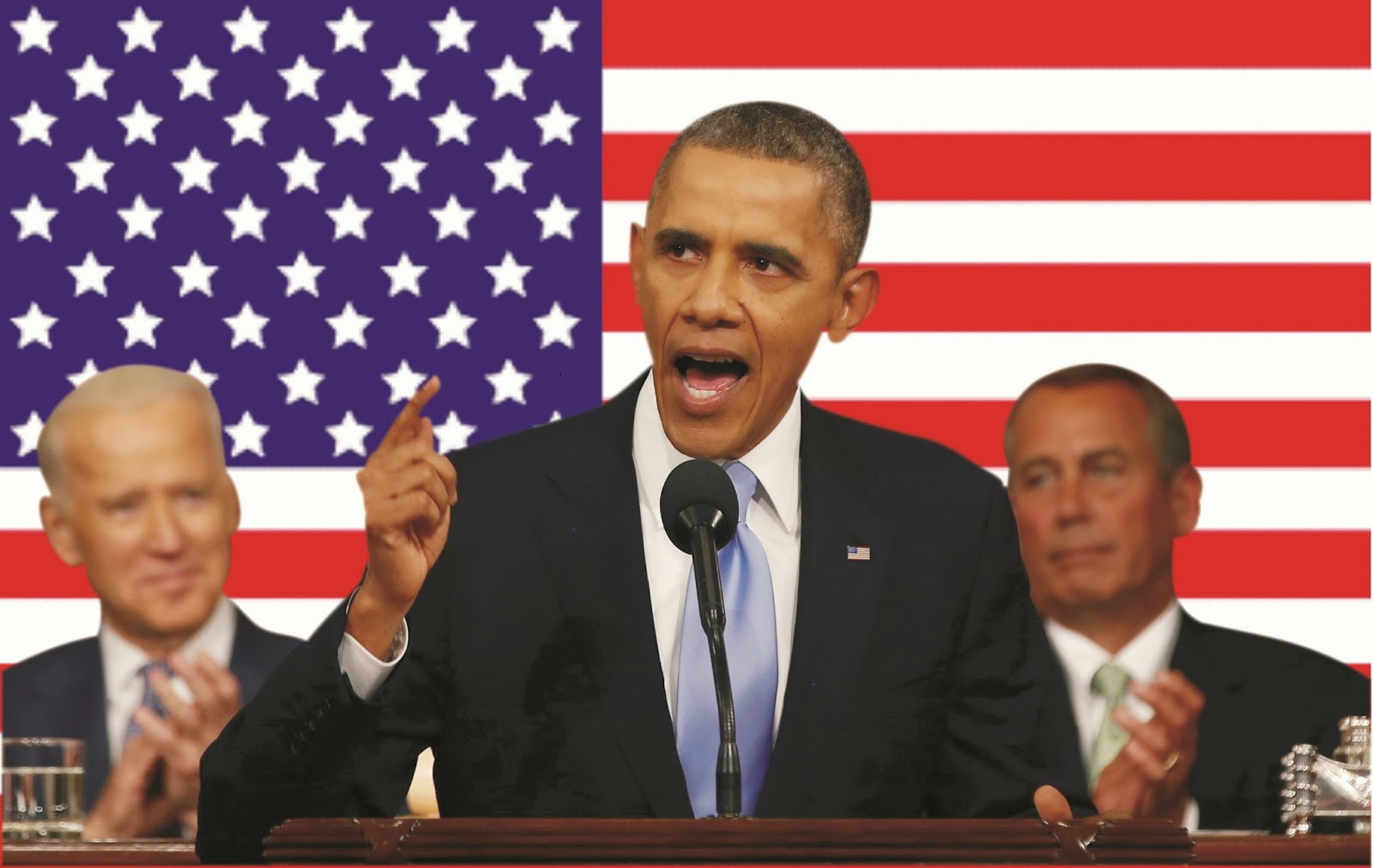 CLIMATE CHANGE? ARE OUR POLITICIANS LISTENING?
Ted Howell is teaching a class this semester, Spring 2015, at Temple University in Philadelphia, and it's titled: "Cli-fi: Science Fiction, Climate Change, and Apocalypse''. As more and more universities around the world start offering classes on climate change literature, often dubbed "cli-fi" for short, the world of academia and students is catching on to the meme. From the University of Oregon to Temple University, and with academic papers on being published in journals in Australia, Britain, Canada and the USA, a trend is emerging and it's an important one.

To learn more about the nature and specifics of Professor Howell's class, we had a little chat via email the other day and here is an edited verison of our conversation.

DAN BLOOM: Professor Howell, in your class,
how much of the reading material will be cli-fi genre novels, how much
will be in sci fi genre, how much will be in speculative fiction genre, and how
much will be fantasy genre?
Do you see the chance or an
opportunity that this combining of genres might lead to a hybrid of
something like sci-fi/cli-fi?
Such as the Naomi Oreskes' novel which is on the class reading list?
TED HOWELL: You’re exactly right to point out that although the main title of the course is “Cli-fi,” I’ve broadened the topic to include science fiction and apocalypse as concepts, or genres, in addition to “cli-fi” per se. One reason I’ve done this is that less than half of the books we’re reading have been considered as cli-fi (at least in reports and lists that I’ve come across).
Importantly, the first two texts we read, “The Machine Stops” by E.M. Forster and The Time Machine by H.G. Wells, were written way before “climate change” as we understand it was a real concern, but part of what I’m doing by assigning them is investigating what it means to talk about “climate change” in books written in an earlier era.
This is something I’m writing about in my own academic research, so it’s near and dear to me. I do think that many of the books are best described as hybrid genres, especially ''The Collapse of Western Civilization'', and I’d argue that ''cli-fi'' itself is a hybrid genre – but I foresee that you’ll have more questions about this point.

TED HOWELL: Thank you, Dan, and please feel free to read our class blogs, too.

I've read one or two writerly arguments over how to define genre before. This is the first one that doesn't strike me as purely theoretical (read: artsy-fartsy, useless). This is practical. There is a need for the term “cli-fi”: to raise awareness, and better yet to heighten the emotional responsiveness of the public to the reality of climate change.

I'm not sure if I agree with you, Dan, when you say that “sci fi, fun and entertaining and sometimes probing as it can be, does not at the present time show any moral imperative to fight climate change and global warming.” I haven't read enough to be sure. But in most of the fiction I've read, sci-fi or otherwise, I've felt some kind of moral imperative underscoring the story.

I certainly agree that “sci-fi” is a marketing term, though: I look for “sci-fi” on bookstore shelves, specifically. I'm sold on it. I bet this is why the NYT editor is hesitant to let “cli-fi” catch on: It's less marketable. It doesn't have a ready-made fan base of die-hard awesome geeks, like sci-fi does. She probably doubts that the term “cli-fi” will stand the test of time… but of course it will: As the world's climate spirals more and more horrifically out of control, interest in cli-fi will only increase. I think you're making a great big wave, the crest of which we won’t be seeing for years and years to come. I'll be following The Nevils.

1. ''There is a need for the term “cli-fi”: to raise awareness, and better yet to heighten the emotional responsiveness of the public to the reality of climate change.''
WELL SAID!

2. ''I certainly agree that “sci-fi” is a marketing term, though: I look for “sci-fi” on bookstore shelves, specifically. I'm sold on it. I bet this is why the NYT editor is hesitant to let “cli-fi” catch on: It's less marketable. It doesn't have a ready-made fan base of die-hard awesome geeks, like sci-fi does."

3. ''[The NYTimes book editor] probably doubts that the term “cli-fi” will stand the test of time…...SIGH

4. "... but of course it will: As the world's climate spirals more and more horrifically out of control, interest in cli-fi will only increase. "

5. ;;I think you're making a great big wave, the crest of which we won’t be seeing for years and years to come. I'll be following The Nevils."

THANKS for very good, and insightful comments. Welcome to TEAM CLI-FI......!

Steve Jacques, who is student in Professor Howell's class at TEMPLE this semester also write this post at the class blog:

''Viewed from the Future, the Present Looks Backwards ''


I was surprised to read, in the interview with Naomi Oreskes and Erik M. Conway at the end of the book, that they see The Collapse of Western Civilization: A View from the Future as merely an essay. I found the preceding chapters pretty literary in their writing quality and creative and even playful in form. While there is unmistakably a Big Idea underlying everything in the book (like there is a thesis in every essay), it is still a fun, relatively light read. What’s more: their Big Idea is important.

The authors offer a view of what the year 2393 might be like—not just based on their guesses or fantasies, but grounded in all kinds of science from chemistry to politico-sociology, with sources cited. So their predictions are all plausible. Their critiques of the modern world, seamlessly interlaced with their projections all throughout the book, ring truer and louder as a result. And they make us sound like we should feel guilty, here in the present, because of how knowingly we’re polluting the Earth despite known fact of what they call the “Penumbra,” which is Latin for something like “encroaching shadow.” This is their term for the fast-approaching mass extinction of many species worldwide, and the widespread disorder among human beings, as people will be dislocated from their flooded homes or their failing farms or otherwise climate-ruined lives, all because of unnatural changes to the climate that we are ultimately responsible for. It makes us look like like we’re all backwards, is what I’m saying. The Collapse of Western Civilization is about how we can solve our climate change problem, but don’t, and probably won’t.

I like to think of myself as more conscious than the average Westerner, but many of the insights that Oreskes and Conway reveal have never occurred to me before. They even challenge logical empiricism, a philosophy that I thought all scientists agreed was more or less sacred! This was off-putting for me at first, but after reading their argument—a very broad argument, but not obtuse—I see they make a lot of sense. Their point is that, sometimes, just sometimes, the 95% certainty criterion to declare causation (not just coincidental correlation) is too rigid. Sometimes, just sometimes—and in the “approaching shadow” of a man-made climatic apocalypse, now is definitely one of these times—we need to spring into action as if the uber-conservative nay-sayers (the doubt-sellers, who insist on dismissing masses of scientific evidence converging on the same conclusion from a thousand different approaches) did not exist.

However, Oreskes and Conway do not say this with even half the melodrama that I’m employing here. It is an understated book. Their just-the-facts narrative voice, like a history textbook, allows for a quick pace to the storytelling; but it’s like a very introductory textbook, not too unbearable to read because it doesn’t get into too much depth. They allow in-depth, topic-by-topic study, however, by referring readers to many real and available scientific, economic, and historical/political records. So they manage to craft a great piece of cli-fi that is at once summary and comprehensive and a good, shocking book.