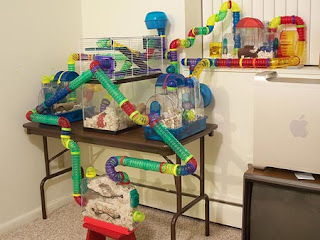 Danny Bloom thinks the world is screwed. Who is Danny Bloom you ask? Some scientist or expert on global warming? No, he's a writer that doesn't own a computer and lives in Taiwan. Proving it doesn't take a scientist to believe Mother Earth is packing up her bags and calling it quits. Danny is also the one that came up with the idea for Polar Cities. Basically he thinks that in no longer than 500 years (and possible way sooner) the world's population will be decimated and only a few hundred people will survive in these specially-designed cities in the Arctic.
Posted by DANIELBLOOM at 11:45 PM