Andrew C. Revkin - writer of the DOT EARTH blog at The New York Times and a fantastic musician and songwriter, too

An *Interview with Andy Revkin on songwriting and songmaking [*answers will be transcribed and uploaded here on December 31....]

UPDATE!!! - A growing number of journalists moonlight as members of local bands to relax and clear the mind
http://northwardho.blogspot.tw/2015/11/growing-number-of-journalists-desk.html


*****After I put out a general tweet --ABOVE-- the other day, asking journalists and editors and website scribblers if they knew anyone in a band or writing songs or music for themselves or for others, Josh Weinberger in NYC tweeted to say: '' The New Yorker mag's AdamGopnik has co-written songs for Melissa Errico, and editor David Remnick plays guitar for a band (''THE SEQUOIAS'', Tom Junod tells this blog).

Josh Weinberger added in tweetback as well: Yes! Thx. "When Remnick's not hosting the @NewYorkerRadioHour, he's a guitarist in The Sequoias" http://nyer.cm/WNigzsZ

DAVID REMICK on ROCKING OUT: hat tip to David Zax:

''Sunday at noon brings what Remnick calls "the great pleasure of my weekend": a guitar lesson. "I play in a band. I know, it’s very sad. What could be more pathetic than a guy in his 50s in a rock and roll band?" The band is called The Sequoias, "because we are wooden and tall and old and dead inside." He loves it, because for just a while, "I’m not reading and writing. I’m not thinking about budgets, or why we missed such-and-such a story." He’s hardly the only New Yorker moonlighting as an amateur musician: Staff writer John Seabrook is his band’s leader, and Remnick says he greatly admires the drumming ability of critic James Wood. "He’s the best literary critic-slash-drummer alive," Remnick says.''

Emily Heil writes in WAPO:
The lineup of moonlighting media types for the “White House Correspondents’ 2015 Jam” included Pulitzer Prize-winning CNBC reporter Steve Liesman and his folk/rock band, the Mooncussers; David Remnick of The New Yorker and his band, the Sequoias; Vanity Fair’s Mark Rozzo (with Beatles-tribute outfit Bambi Kino); Brian Dumaine of Fortune playing with The Prowlers, and Esquire’s Tom Junod with Cousin Billy. CNN’s Brianna Keilar was slated to emcee. Did she?
Leavell, who will sit with each band for a song, was surprised at how easy it was to book a full slate of acts featuring members of the Fourth Estate. Defying his somewhat low expectations (perhaps he was imagining cringe-inducing amateur acts best left to open-mike nights?), “they’re actually good,” he said.
He recalled being interviewed by Liesman for a CNBC piece when the newsman suggested the two play “Jessica,” one of Leavell’s signature tunes. “He got his guitar out, and I thought ‘Oh God,'” Leavell recalled. “But then he really ripped through it.”
That’s how recruitment started, once the staff of Mother Nature Network decided to peg a musical event in Washington to the annual dinner. Leavell said he’s long enjoyed watching dinner highlights on TV, and figured a concert-type evening might have a similar vibe.

“We all know the politicians of D.C., and the tension — but the dinner is a way that the city can have fun for a minute, to say ‘let’s put aside our differences and have a laugh,'” he said. Getting a roomful of pols and journalists to quit the shop talk and enjoy a jam or two? “I see that as a little extension of that attitude,” he said.
But we wonder if official Washington is really ready to unbutton those stuffed shirts during what’s arguably its biggest business event of the year (and those business cards are not going to distribute themselves, you know). Liesman, who as CNBC’s chief economic correspondent spends his days chasing the Fed and his nights playing tweaked covers of rock classics, isn’t too worried:
“I’ve seen people you wouldn’t expect let their hair down when the music is good.” 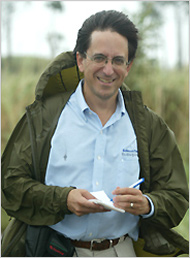 Some journalists like Andy Revkin sometimes in their spare time use songwriting to fill in the gaps
between news stories. Some observations or feelings just work better
conveyed as songs. We asked Andy about his thoughts on this. He lives in the Hudson River Valley with his wife, with their two adult sons out in the world now. In spare moments, Andy is a performing songwriter and multi-instrumentalist who often accompanied the late Pete Seeger (RIP) at regional shows and played in a folk-roots band, Uncle Wade.

PREFACE to the interview: journalist Steve Buttry noted in a blog post in 2010 titled ''Make Your Story Sing: how to tell stories in just a few words:''

''A common conflict in newspaper newsrooms today is newsholes getting tighter and writers complaining about space limitations on their stories. While space is not limited online, busy digital readers still favor tighter stories. Without question, some stories lose important substance as they get cut for tighter newsholes. But writers should not assume that length restrictions preclude quality narrative writing. Listen to some of your favorite ballads. Study the storytelling of the songwriters. They tell powerful stories in fewer words than the average daily news story. Use those techniques in your stories.''


QUESTION: Andy, you have had a long career as a science journalist and yet at
the same time you often use songwriting and song composing to fill in
the gaps between the news stories and DOT EARTH blogs you write. You once
told me that some observations or feelings just work better conveyed
as songs. Can you tell me more about this?
ANSWER:

QUESTION 2. What songs that you have written so far stand out in your own
songbook as being important ones that work best conveyed as songs in
your opinion? and why? examples?
ANSWER:

QUESTION : Reporters have often had a strong relationship with music, from the
late Daniel Pearl of the Wall Street Journal -- who was sadly beheaded in Pakistan by Islamic terrorists for being a Jew! -- and Roy Peter Clark at
Poynter.org [link here to his recent music piece at Poynter.Org][ and
Dave Barry the humor columnist and others. Can you name some other
reporters you know who have this same kind of relationship with music
or bands or songwriting? Name some names and where they work.
ANSWER:

QUESTION: 4. -- As a reporter you need to look at facts and interview many people
to get a balanced point of view for your coverage of various stories.
But with songwriting, you are the boss and you are the editor and you
can go where your feelings and heart and mind wants to go in a
lyrical way and with muscial; melodies too. You wrote the words and
music for ''LIBERATED CARBON'' [link here YOUTUBE.com]. Can you tell me how
this song came to be, and how the words came to you?

After 15 years reporting for The New York Times, Andrew C. Revkin left the staff at the end of 2009 to become a senior fellow at Pace University's Pace Academy for Applied Environmental Studies. He continues to write the Dot Earth blog, which has moved from the news side of The Times to the Opinion section.

He reported on the global environment in print and on Dot Earth. He has spent a quarter century covering subjects ranging from Hurricane Katrina and the Asian tsunami to the assault on the Amazon and the troubled relationship of climate science and politics.

He has been reporting on the environment for The New York Times since 1995, a job that has taken him to the Arctic three times. In 2003, he became the first Times reporter to file stories and photos from the sea ice around the Pole. He spearheaded a three-part Times series and one-hour documentary in 2005 on the transforming Arctic and another series, "The Climate Divide," on the uneven impacts of climate change.

He has written books on the Amazon rain forest, global warming and the once and future Arctic.

Before joining The Times, Mr. Revkin was a senior editor of Discover, a staff writer for the Los Angeles Times, and a senior writer at Science Digest. Mr. Revkin has a biology degree from Brown and a Master's degree in journalism from Columbia. He has taught at Columbia's Graduate School of Journalism and the Bard College Center for Environmental Policy.

He lives in the Hudson River Valley with his wife and two sons. In spare moments, he is a performing songwriter and multi-instrumentalist who accompanied the late Pete Seeger (RIP) at regional shows and plays in a folk-roots band, Uncle Wade.
Posted by DANIELBLOOM at 7:12 PM