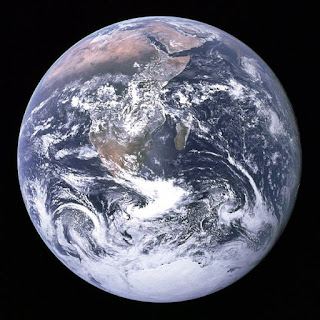 Never heard of cli-fi? Here's an informal rundown of how it came to be, who coined it and where it's headed in the (very near) future.

Like many new words, cli-fi was an idea whose time had come. And in a world where there's nothing new under the sun, cli-fi was actually coined by two people, independently from each other, both American climate activists of the literary kind, and who never knew of the other person's existence until 2013 when their separate coinages came together online.

Scott Thill, a Berkeley undergrad  in contemporary literature who got his B.A. degree in 1992 from the popular California university in the San Francisco area, followed by a masters degree from San Francisco State University in 1999, dreamt up the cli-fi term in 2009 in a short list of keywords he used in a film review which he quietly listed in a footnote at the end of the article (Wired: Killer CGI, dystopian cli-fi, heart-wrenching footage). Then in 2010, Thill, in his 40s, used the then unknown term again in the text of another film review. [''The cli-fi flick finds Bones' Brendan Fehr and Alias' Victor Garber struggling to survive after the Alaskan permafrost thaws, unleashing subterranean rivers of volatile liquid methane and planet-killing earthquakes on Christmas Eve.''] The Los Angeles native was on a roll, although he never used the term again in print until 2013 when he began tweeting about it and writing op-eds about it after a NPR ran a 5 minute radio segment about the rise of a new literary genre dubbed cli-fi went viral online via Twitter and Facebook links. While the NPR reporter Angela Evancie didn't mention Thrill's name as the coiner of the new term, nor did she mention Dan Bloom's name, she did lay the first media groundwork for what was later to become the hottest new literary genre of the 21st Century. And Scott Thill was there at the beginning. He still posts tweets about cli-fi on a daily basis at @morphizm and he's writing a book, a history of the genre, as well. See his thoughts on the rise of cli-fi here.

Meanwhile, on the other side of the world, in Japan, another American literary gadfly, Dan Bloom, in his 60s and a literature major 1971 graduate of Tufts University, also came up in 2011 with what he thought was a new coinage, a shortening of the "climate fiction" literary term to the eye-catching nickname he dubbed ''cli-fi'' -- without knowing about Scott Thill's earlier usages. Bloom dreamt up the term for his PR work in 2011 writing press releases for a new climate-themed novel written by Jim Laughter in Oklahoma titled Polar City Red, set to be published on Earth Day in 2012. Margaret Atwood tweeted about the term to her 1 million followers in 2011, picking up on a tweet that Bloom had sent her as part of his PR work.

So there you have it, the birth of cli-fi in the early part of the 21st century: Scott Thill, Dan Bloom and Margaret Atwood. It was in the air. It was in the water. It was in whatever everyone was smoking in those days.

Based on the assonance and rhyming sounds of the "sci-fi" term, cli-fi was ready and ready-made to make its mark. It did, it has, it will. Cli-fi is here to stay.

Three people in different regions of the planet lifted it up high for all to see. And it now has a shelf life for describing movies and novels of the Anthropocene for the next 100 years at least, perhaps more.

Posted by DANIELBLOOM at 7:35 PM