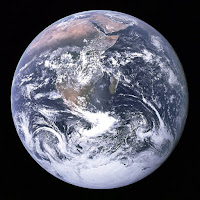 Here are the links to the print and Kindle versions of Book 1 in the series on Amazon. [Book 2 is set for a January 2018 release.]

AUSTIN, TEXAS -- Texas novelist Bonnie Jane Hall is the author of ''Earthships: Growing Up In the Climate
Shift.'' The book is a futuristic novel that uses scientific research, but creates
reader interest through a strong female protagonist and story.


Hall spent the last 20 years studying the works of climatologists and other scientists
before writing Earthships, she said.

According to Hall, “Hurricanes like Harvey, Irma and Maria were
enhanced if not caused by climate change. She quotes scientist Neil
deGrasse Tyson, “50 inches of rain in Houston! This is a shot across the
bow.”

Hall comments that, “We are experiencing more intense killer
hurricanes, cyclones, flooding, fires and earthquakes due to global
warming.” “The Gulf Stream has been on fire with 33% above normal highs
after averages never above 73 degrees,” said MIT’s Norm Chomsky.

Hall goes on to say,”The hottest year on record was 2016. This heat
enhances the intensity of weather-related events and the worst is yet to
come and sooner than we can imagine.”

''Earthships: Growing Up in the Climate Shift'' is the first in a series of novels by Hall and it begins in 2030.


It follows a family’s struggle to prepare
for and survive the disastrous effects of climate change and to build
underground self-sustaining fortresses to protect animals and humans. Hall
remarks that, “Readers will gain many practical ideas for taking positive
action and survival skills as they face more intense climate catastrophes.”

Maya Agger said the following in a review of Earthships: “This is one
of the best science-based fiction books I have ever read! It is a neglected
subject in this genre and this book gives the reader a lot to think about in
terms of awareness and what they can do to change things for the better. It
will change your life!”

Dan Bloom, editor of The Cli-Fi Report writes “Earthships goes where no cli-fi novel has gone before -- underground. I am looking forward to the entire series.”